Free US shipping on orders $20+ 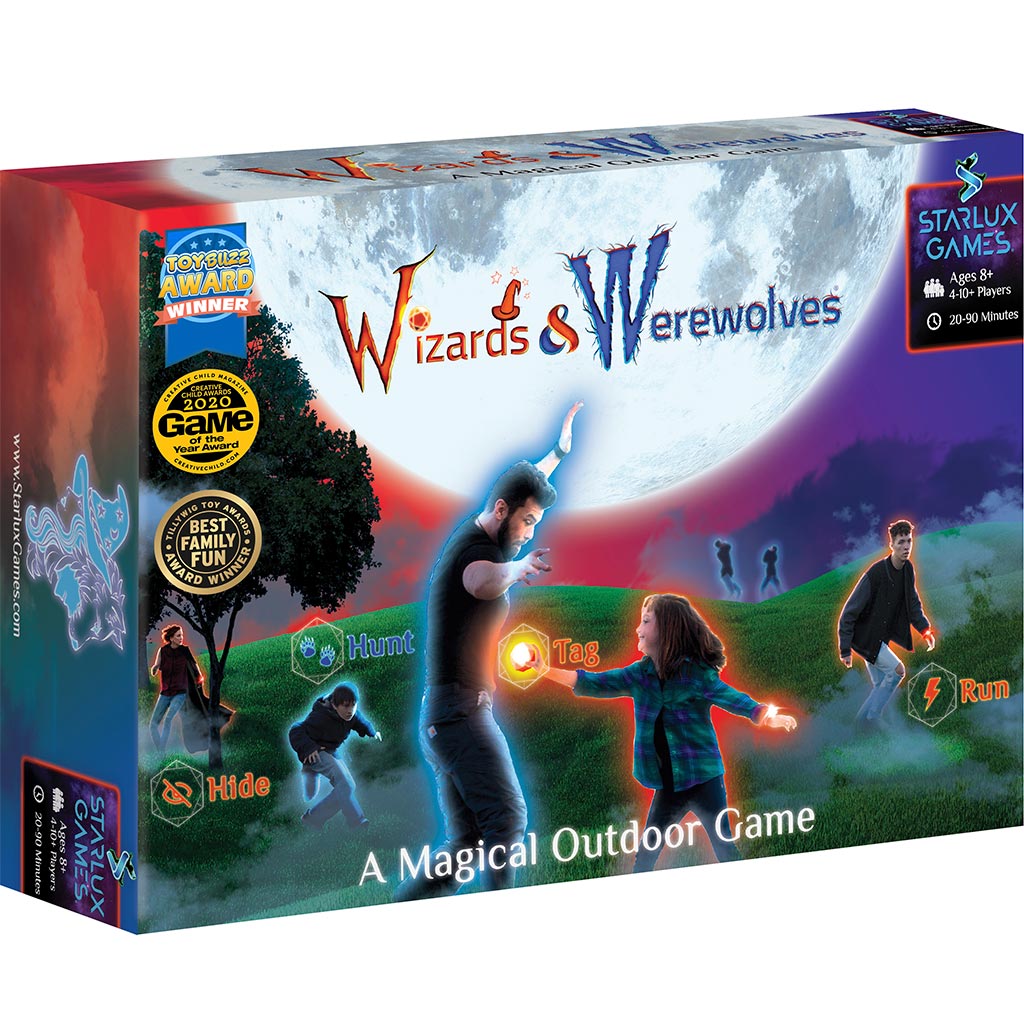 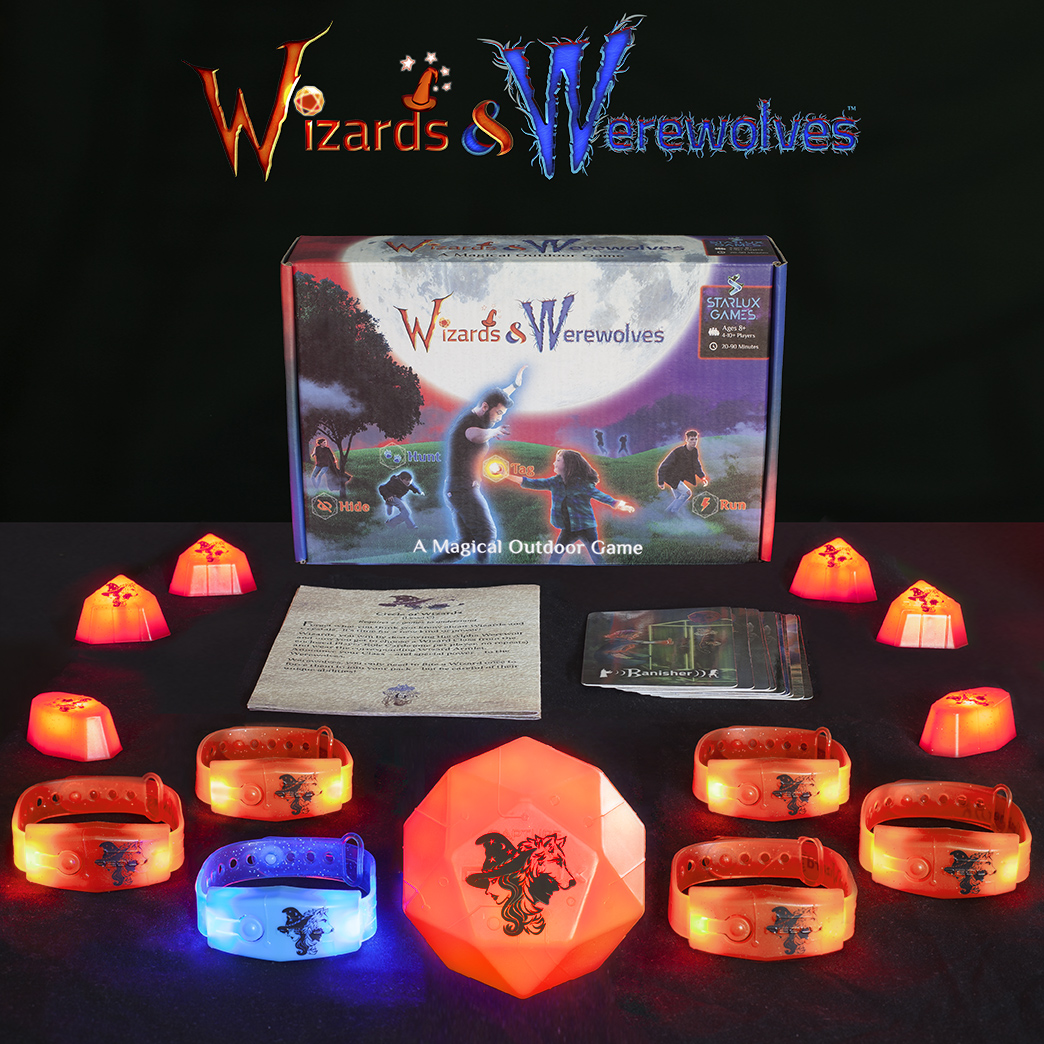 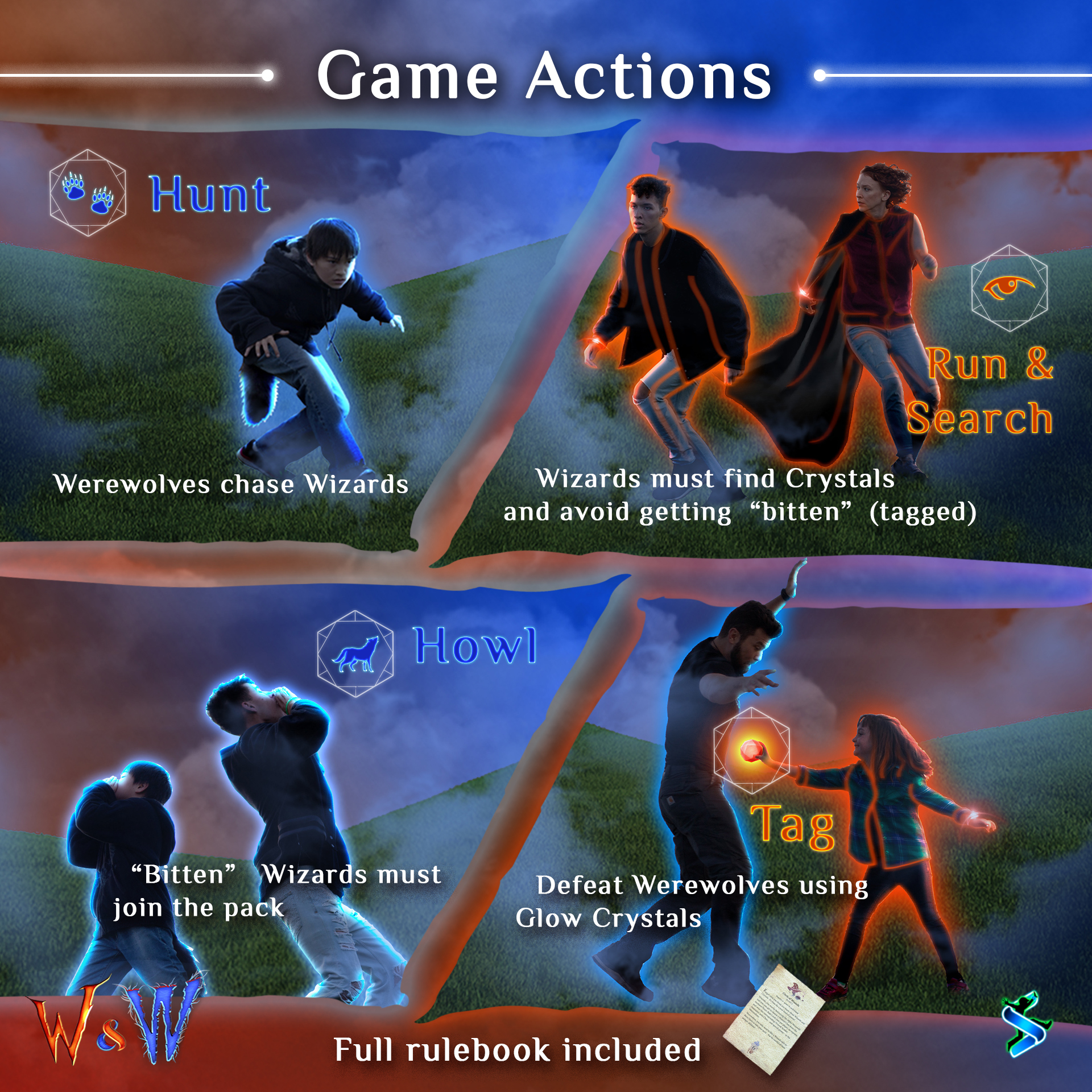 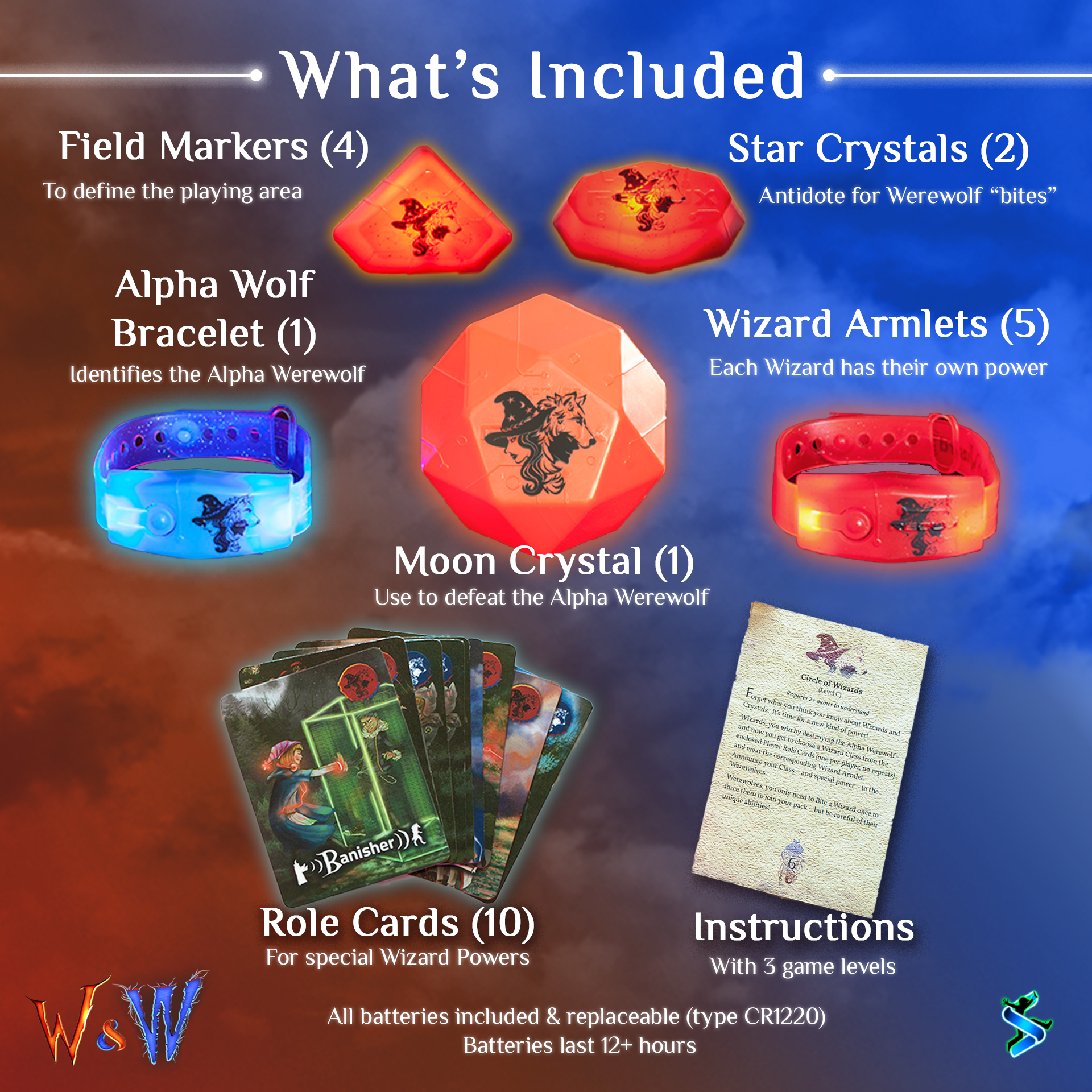 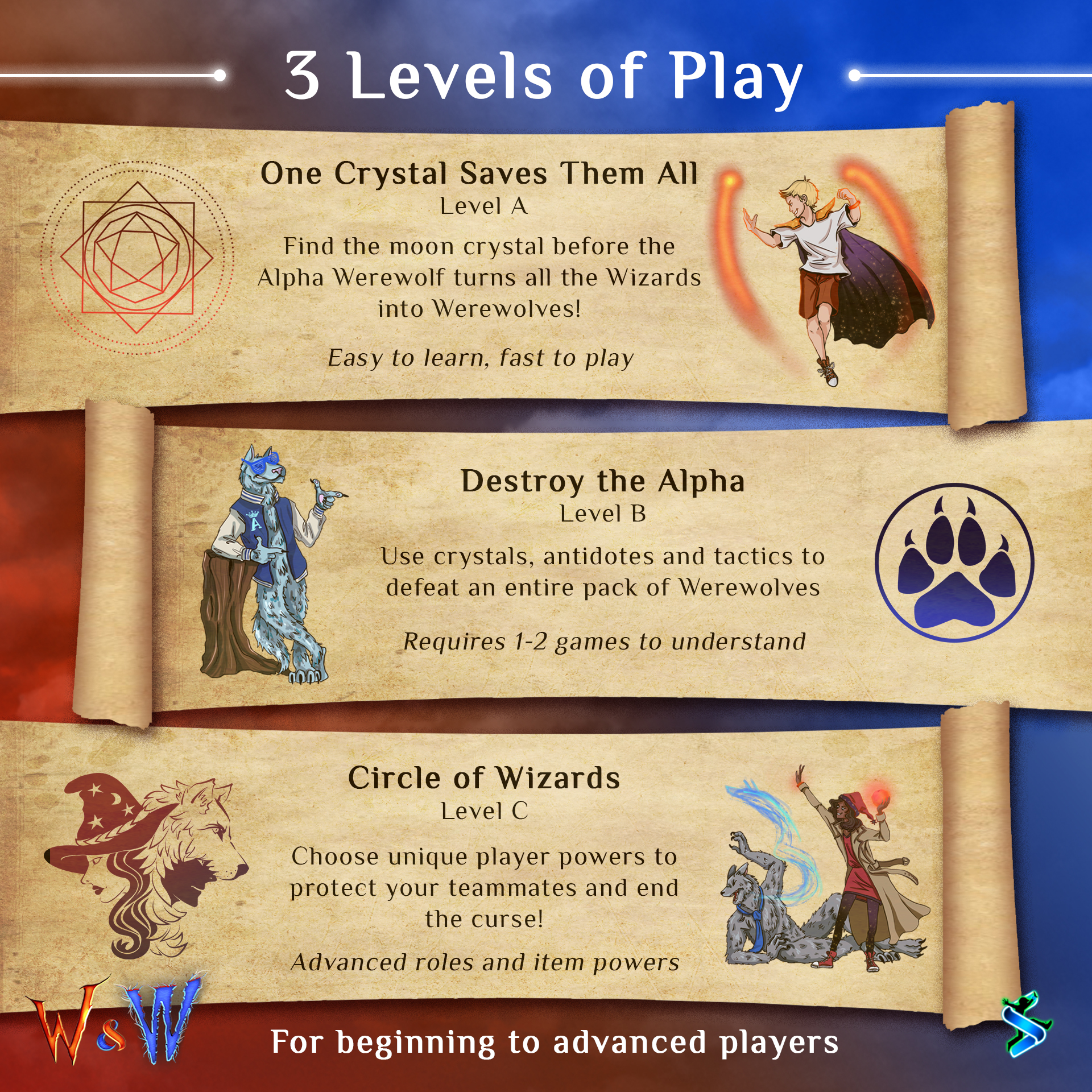 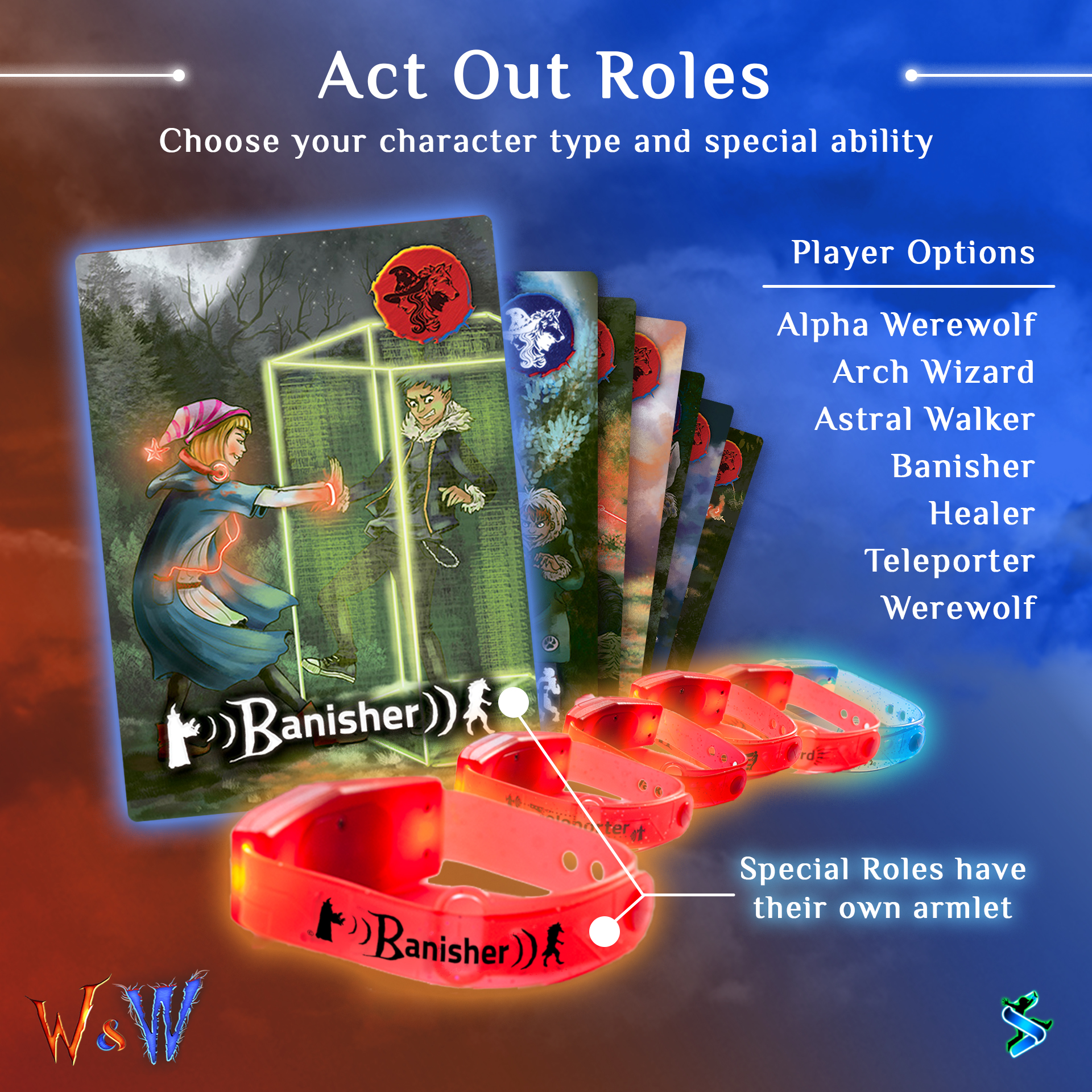 Bring fantasy to life in this outdoor game of hunting, hiding and howling! Play as a Wizard to search for glowing crystals or bare your teeth and hunt as a Werewolf. 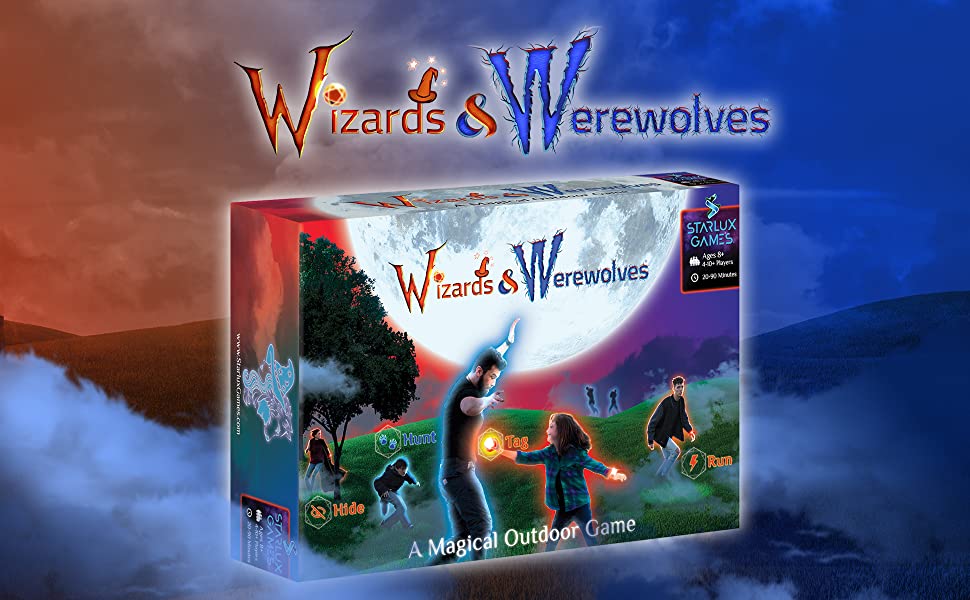 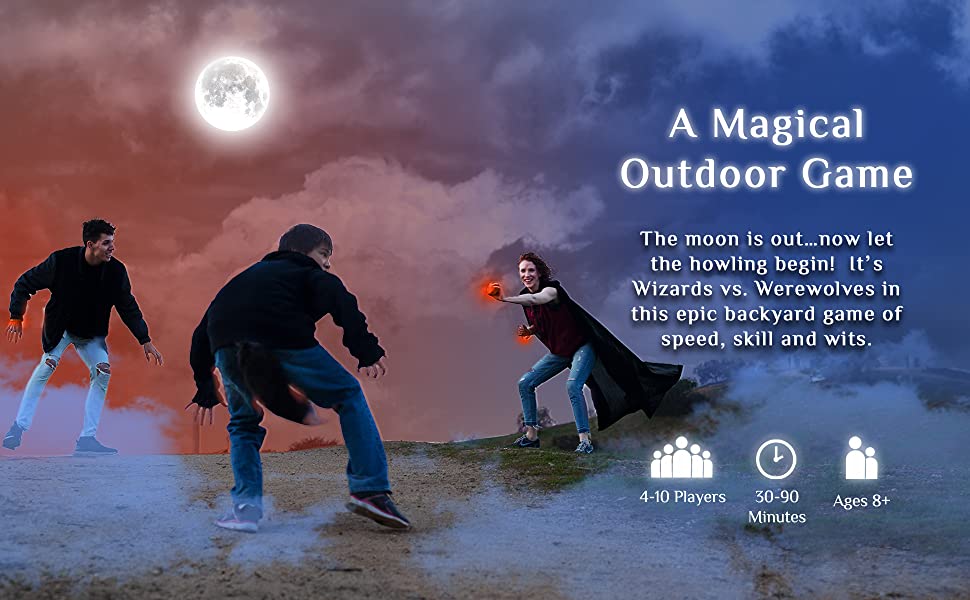 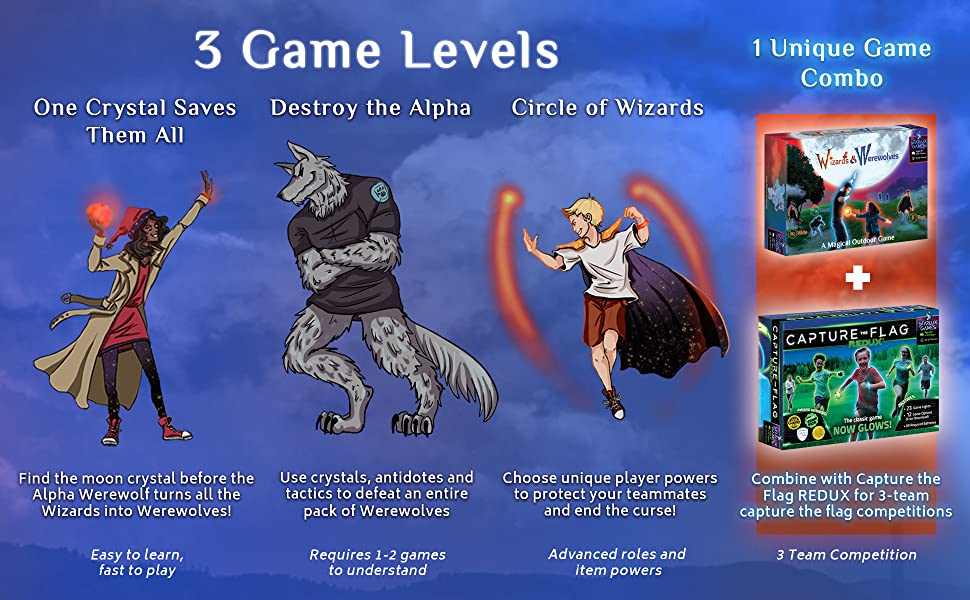 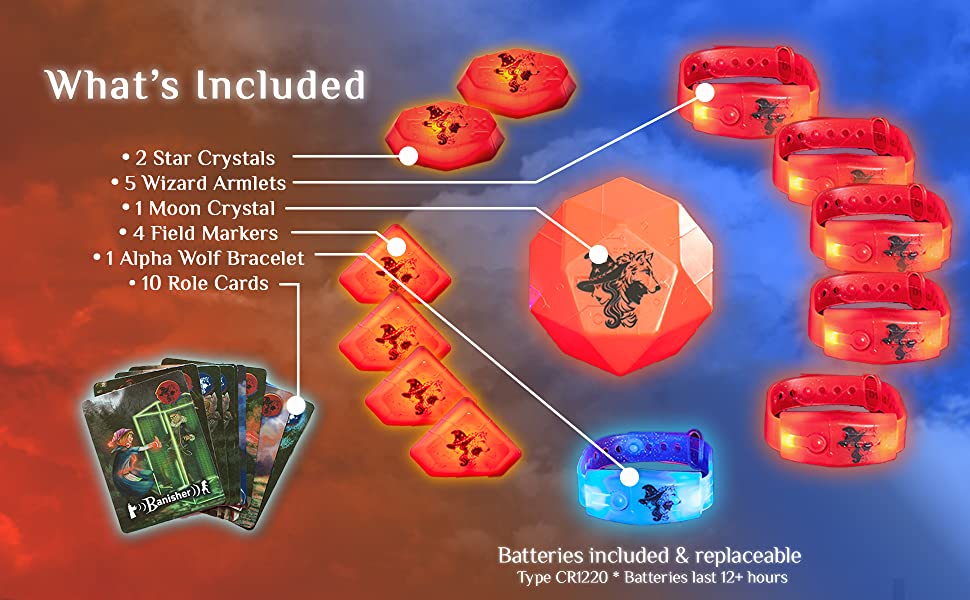 See the Game in Action 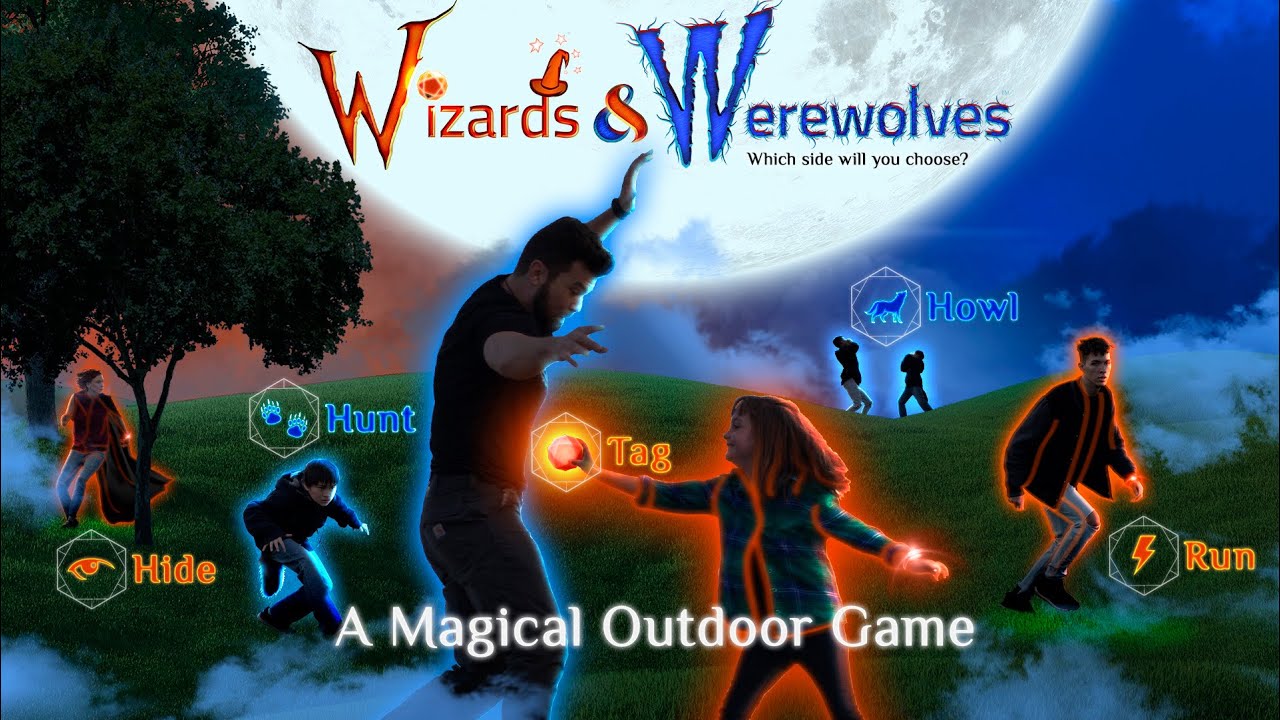 Who is this game for?
The game includes three different levels of gameplay for ages 8-65+. They range from very simple, which is great for younger players, to highly strategic, where each Wizard has its own unique power. That said, people love it that all ages can play together.

Where should I play the game?
You can play anywhere with space to run safely: backyards, parks, even basements or garages.

Does it have to be dark to play?
You can play at any time. For maximum glow fun and full werewolf power, however, we do recommend playing in low light: such as inside with the lights off or twilight.

How long do the batteries last?
The batteries included in each of the game pieces are designed to last 10-12 hours and are type CR1220. To replenish them, you can use the Capture the Flag REDUX Battery set. It includes enough batteries to replace all the lights twice and costs $5.