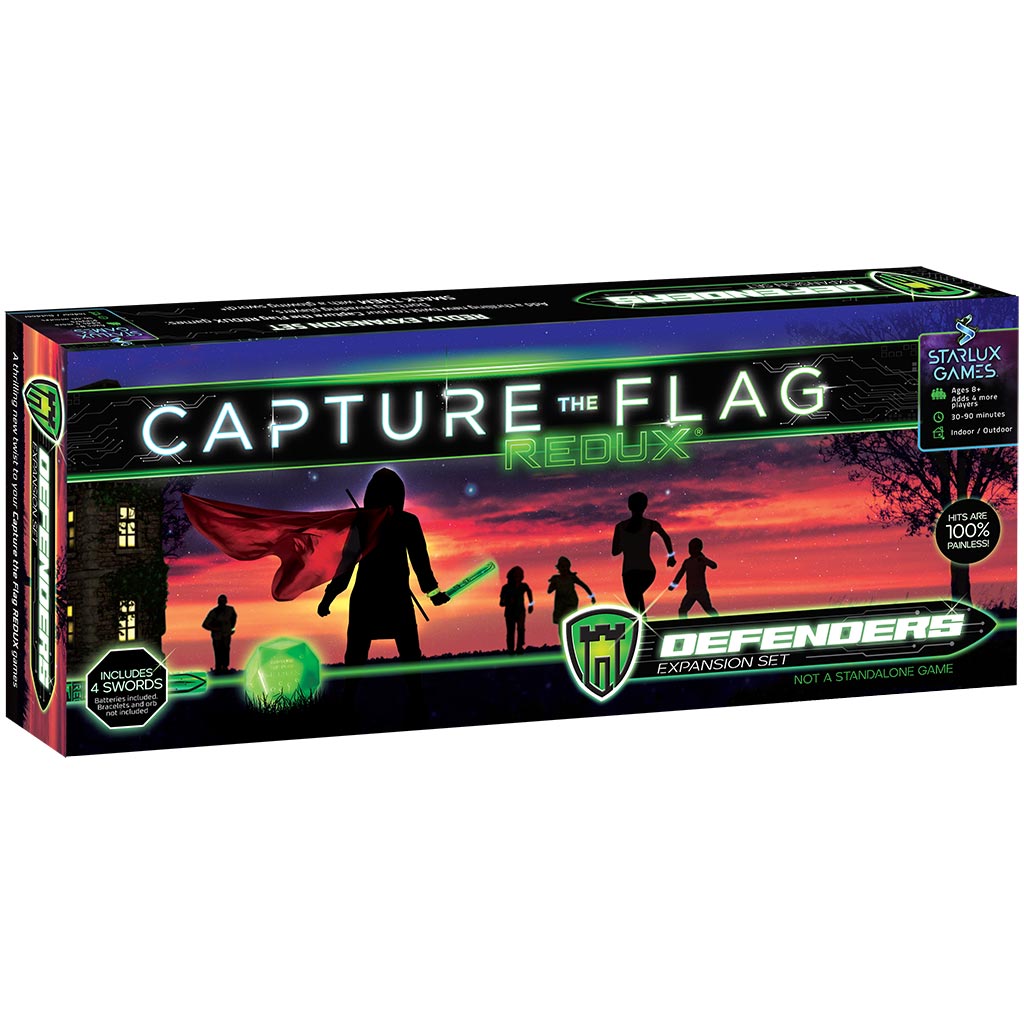 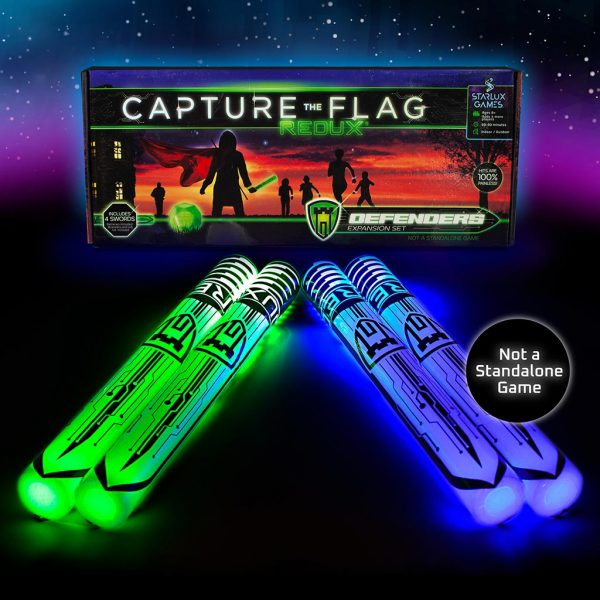 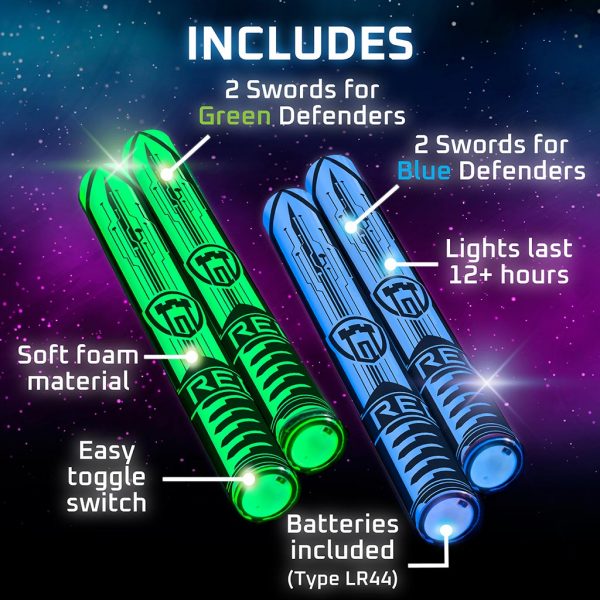 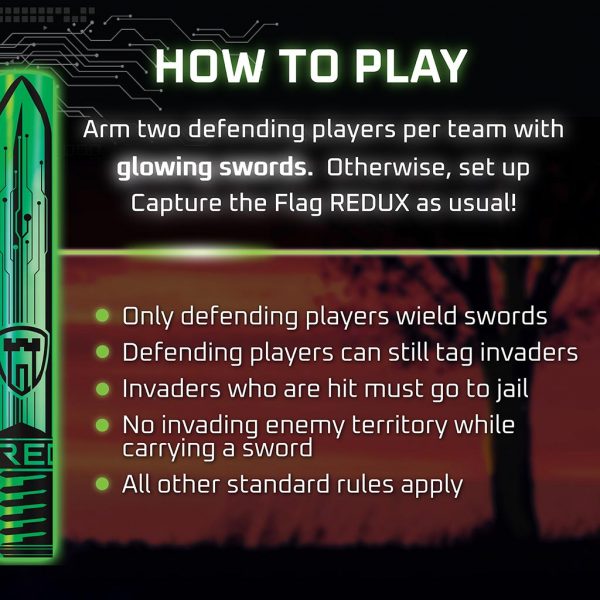 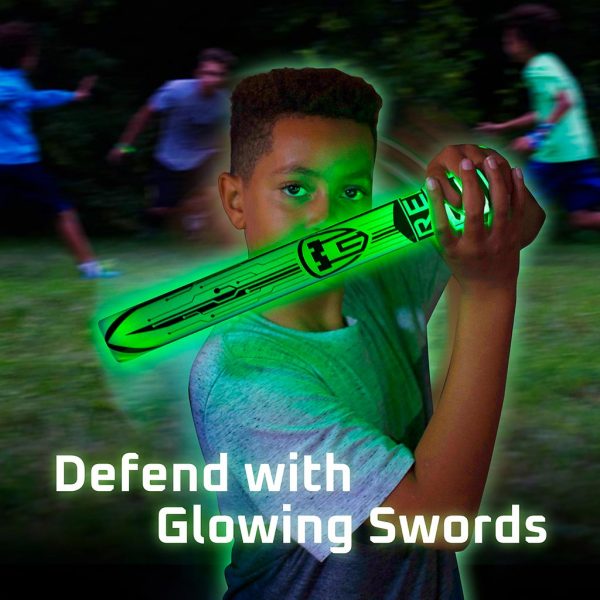 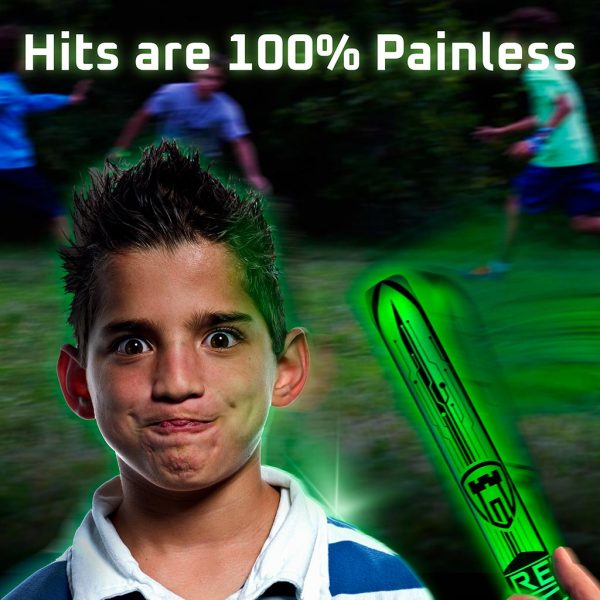 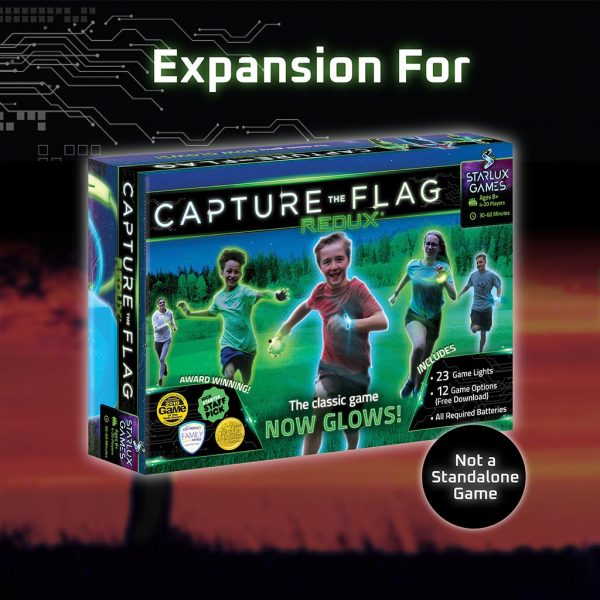 Who is this for? What ages?
To use this game expansion, players must already have Capture the Flag REDUX. The expansion is designed for players ages 8+.

How many people can play?
The expansion set allows up to four additional players to join in, two per team.

Does it have to be dark to play?
No, although the game won't look as neat: the game pieces are designed to glow in the dark.

How long do the batteries last?
The batteries included in each of the game pieces are designed to last 10-12 hours and are type CR1220.