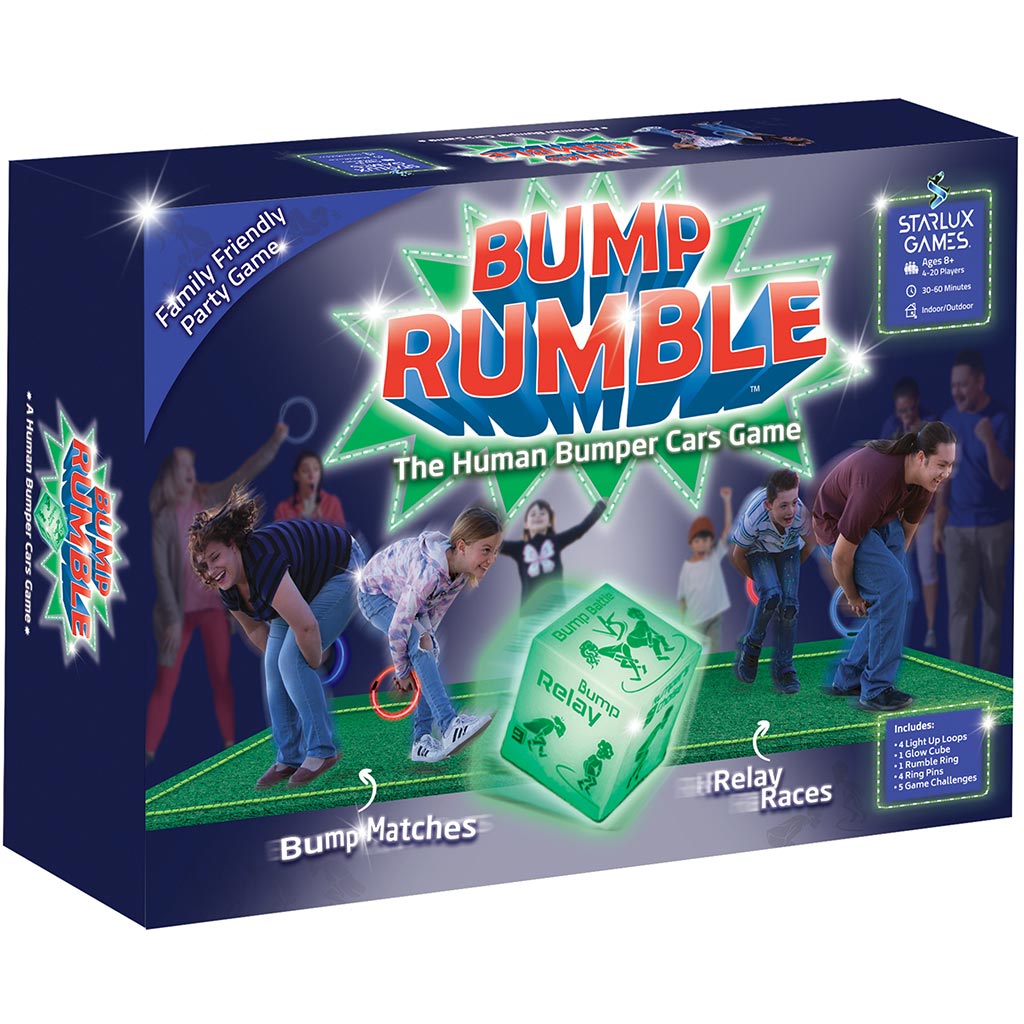 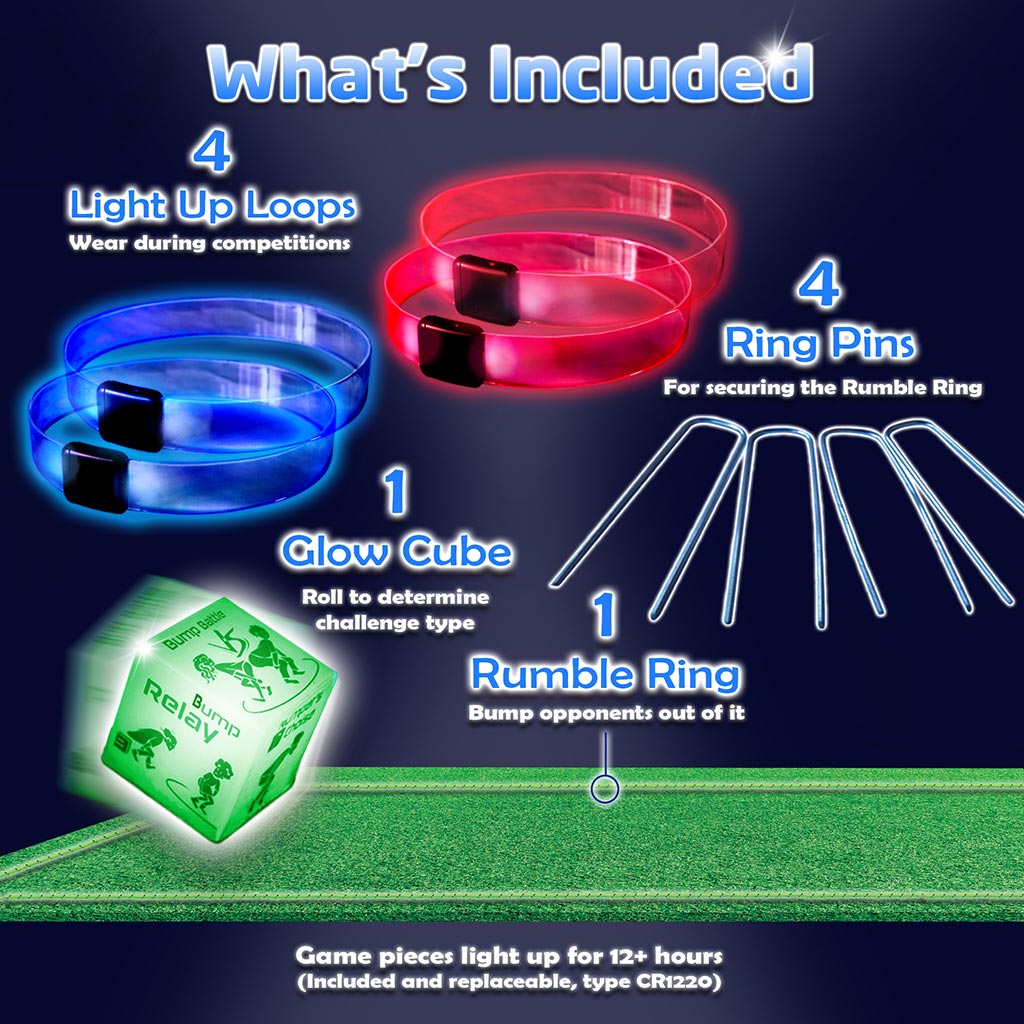 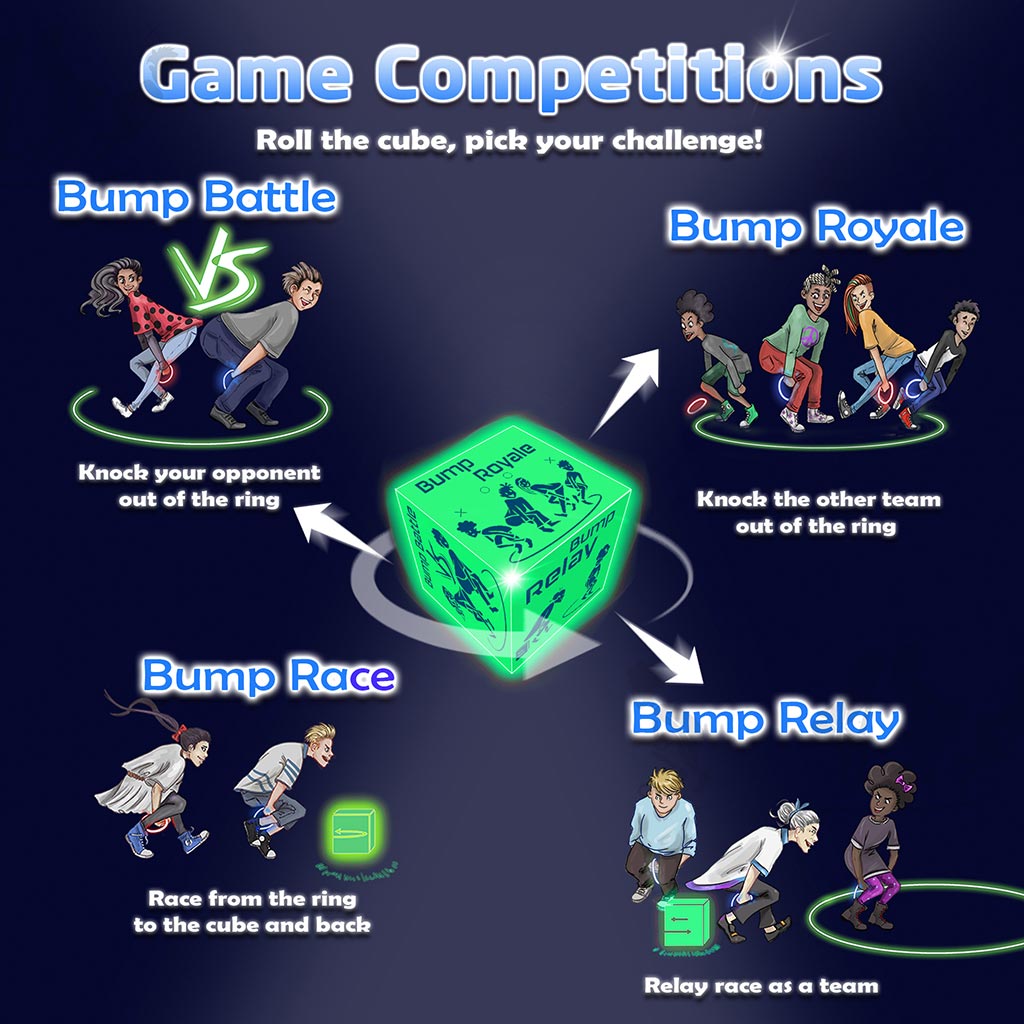 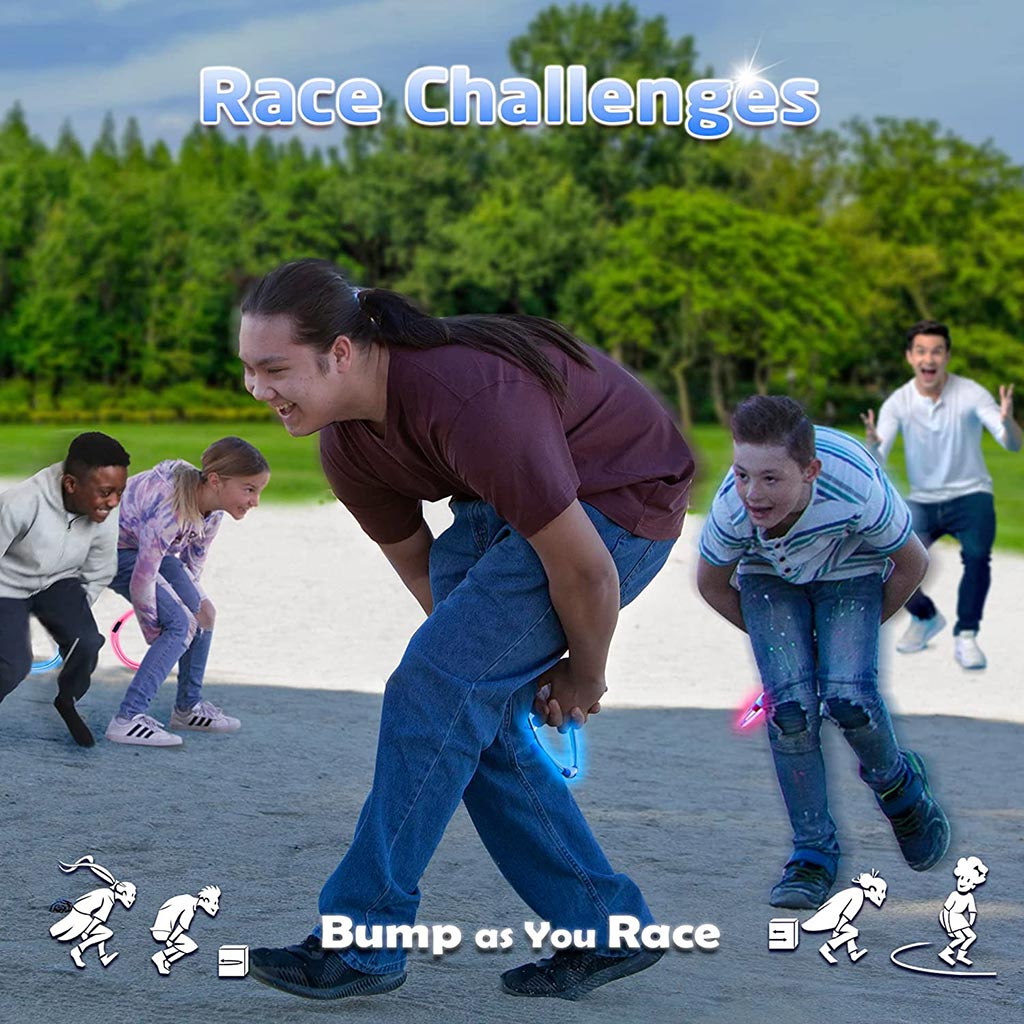 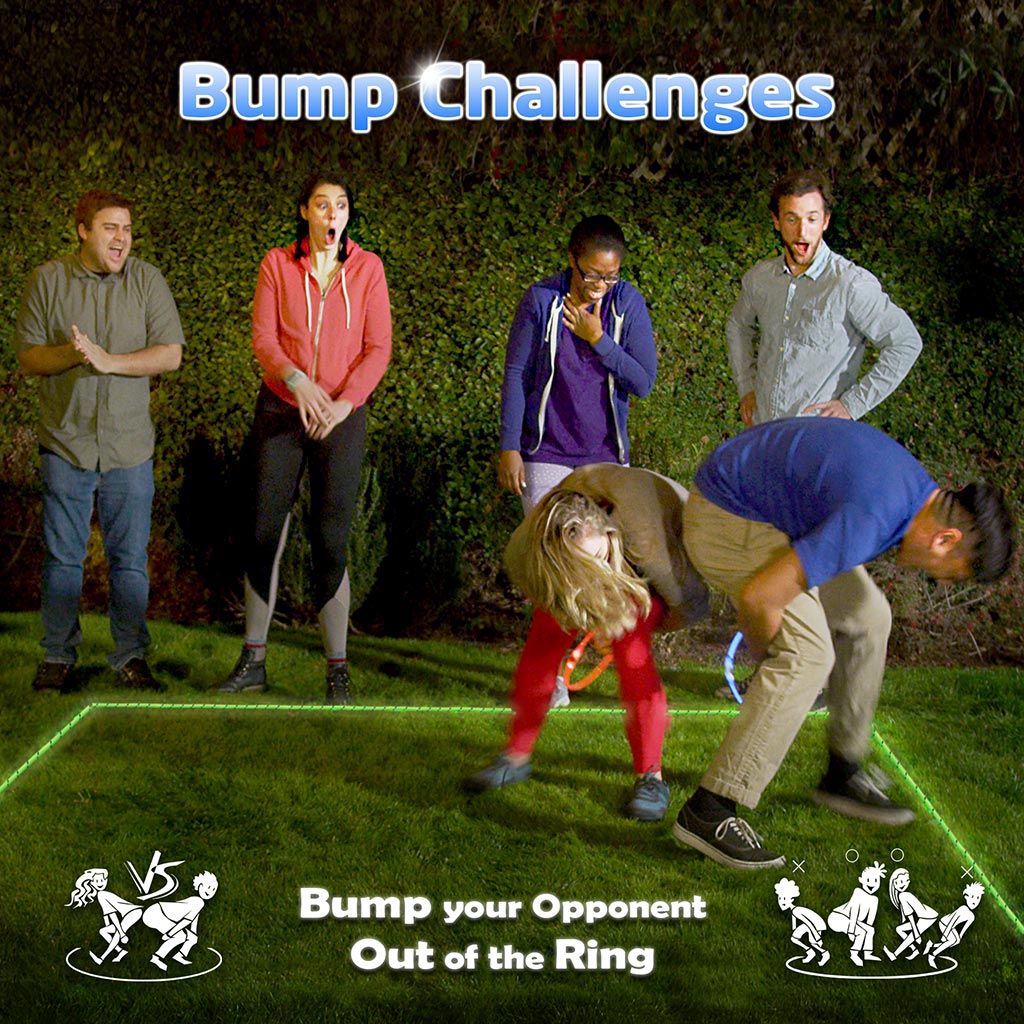 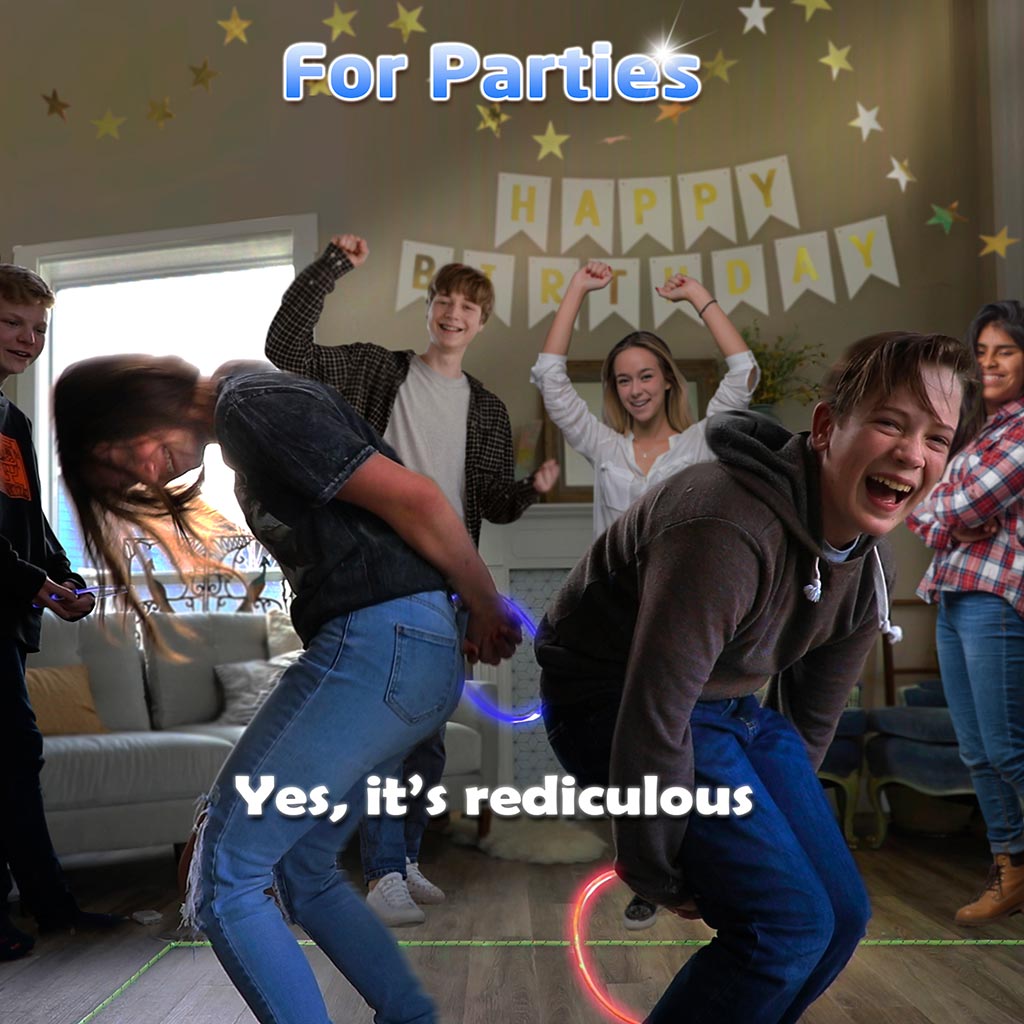 Red team battles blue in five ridiculous bouts of bumping, balancing and racing. Roll the clash cube to determine your competition type, get in the rumble pose and compete! This kid’s party game is just as absurd to play as it is hilarious to watch. Includes one clash cube, one rumble ring rope, four ring pins and four light up no-drop loops. 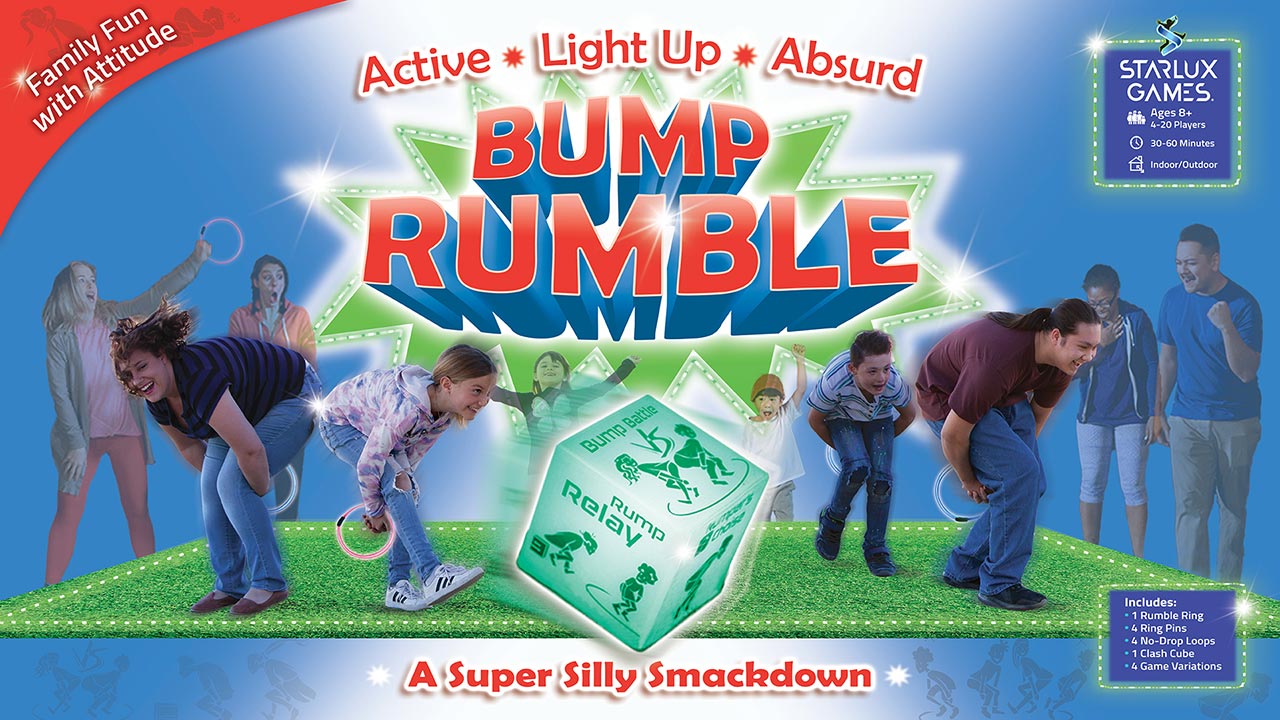 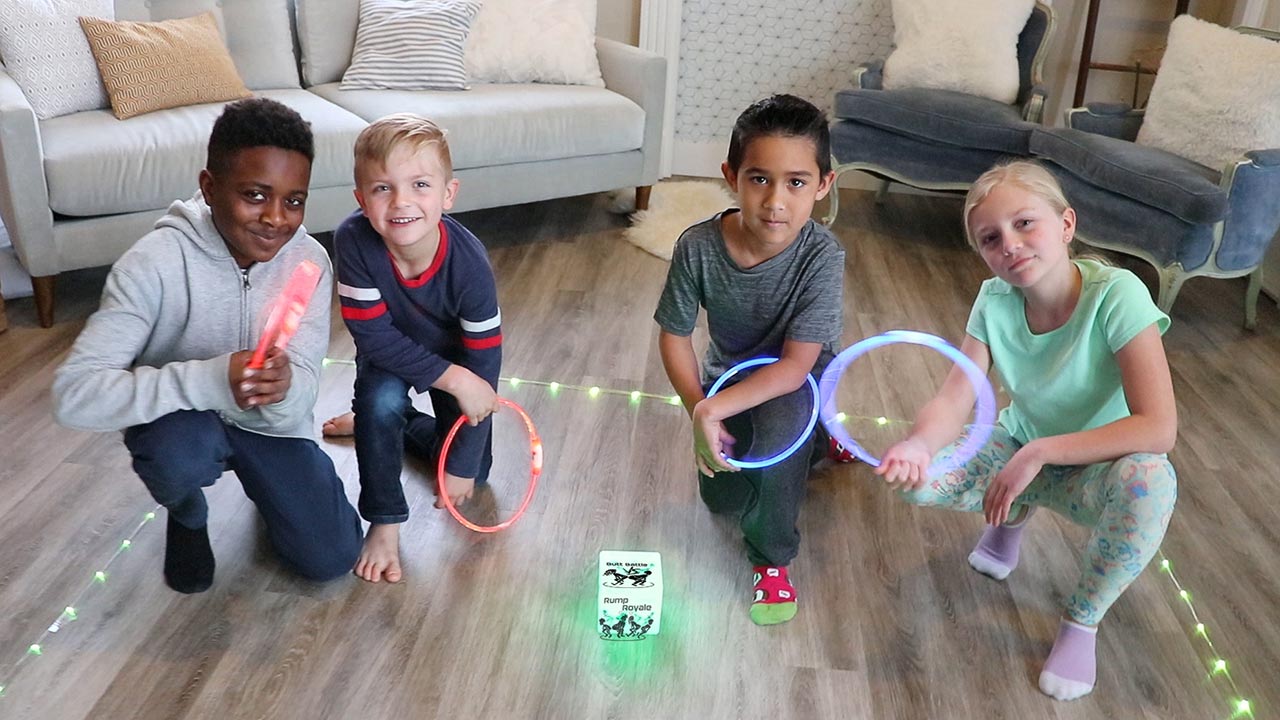 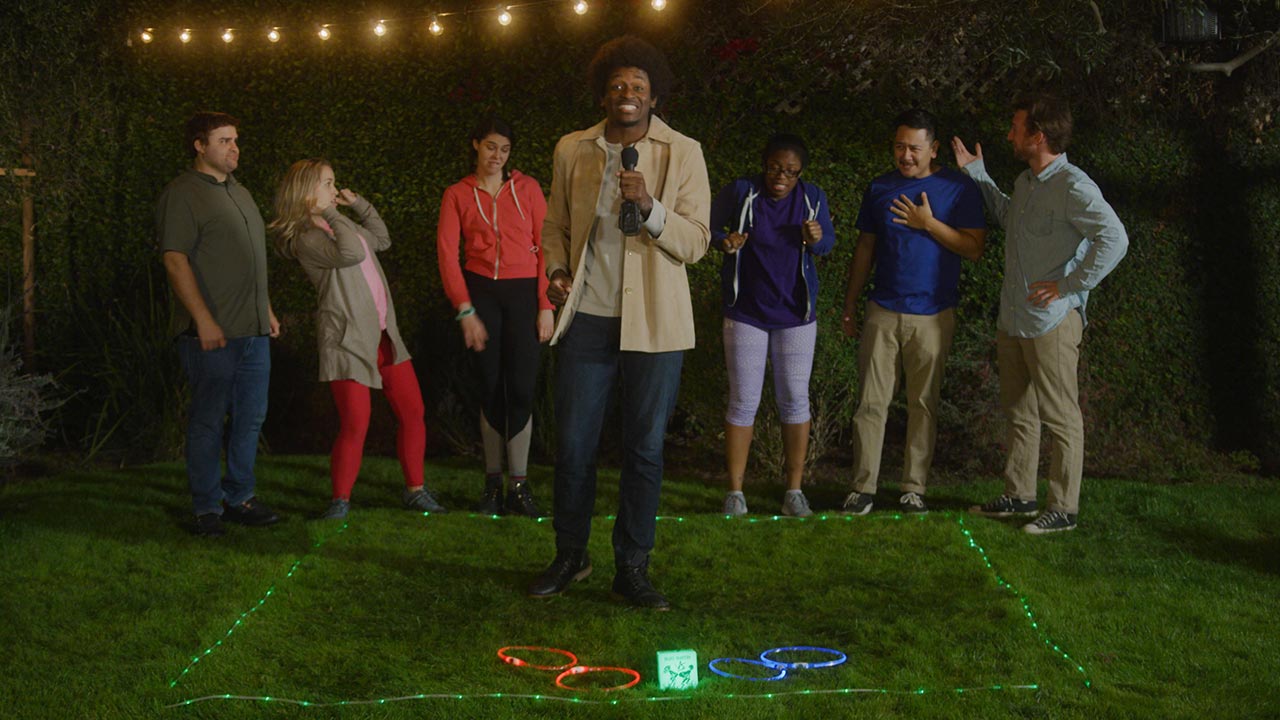 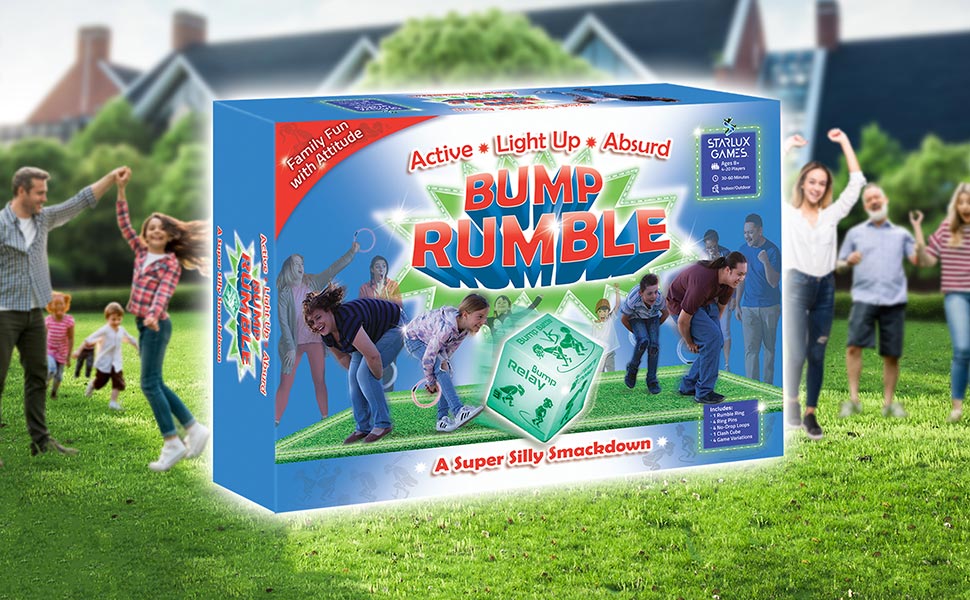 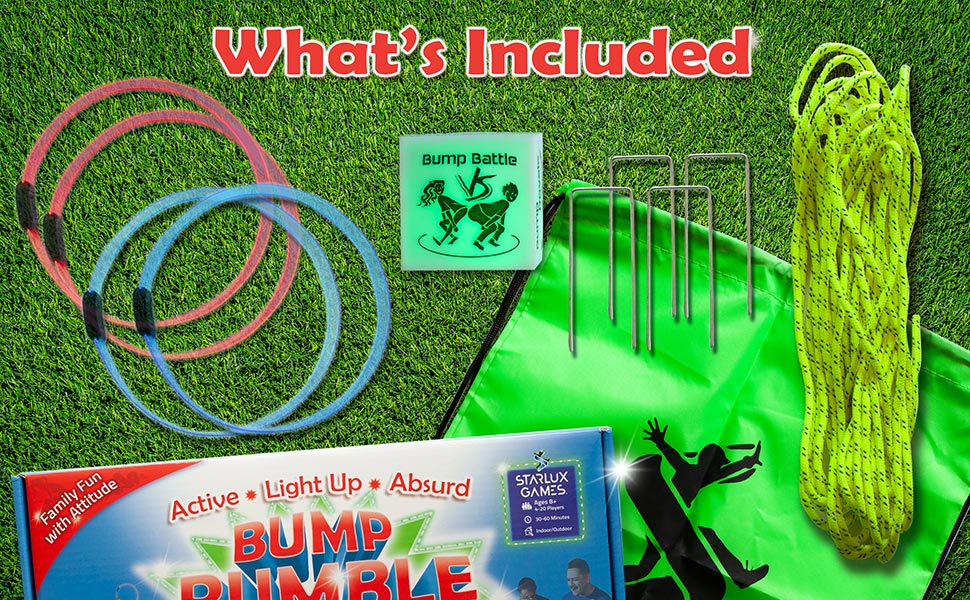 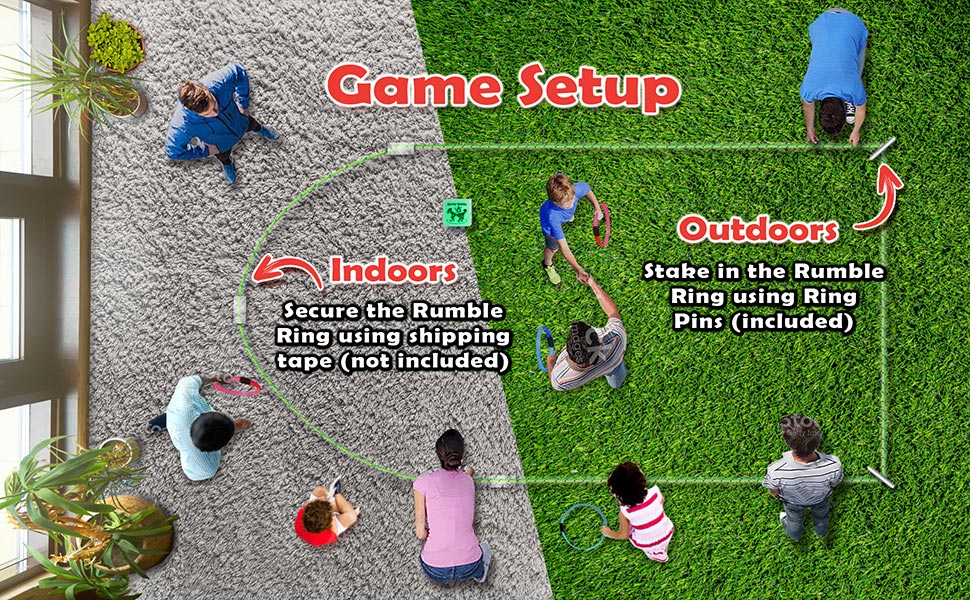 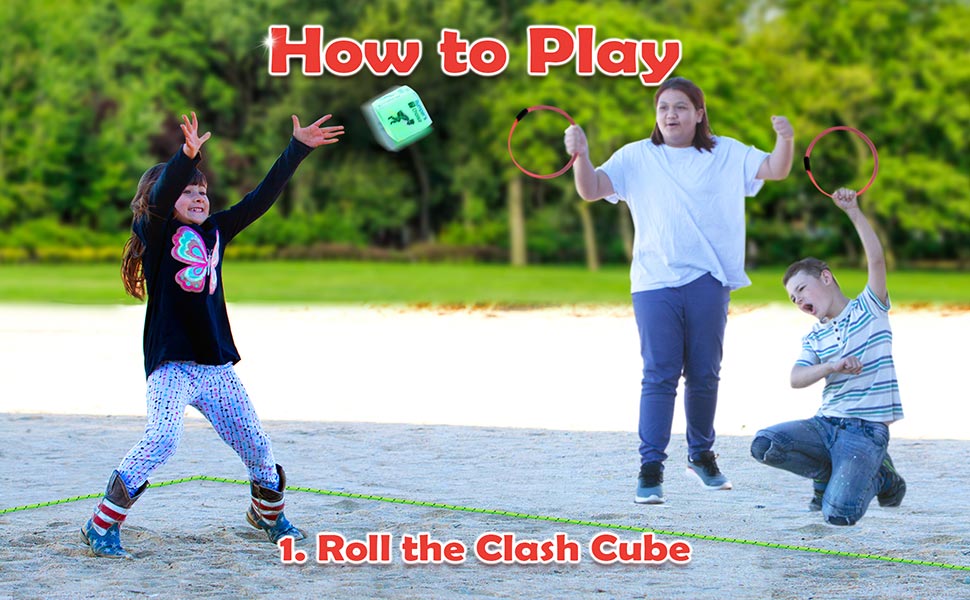 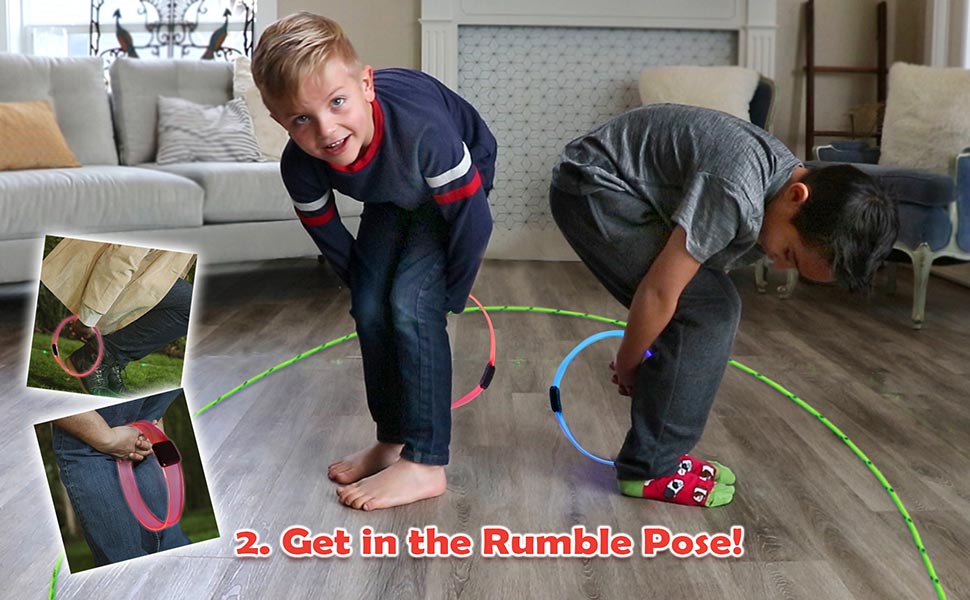 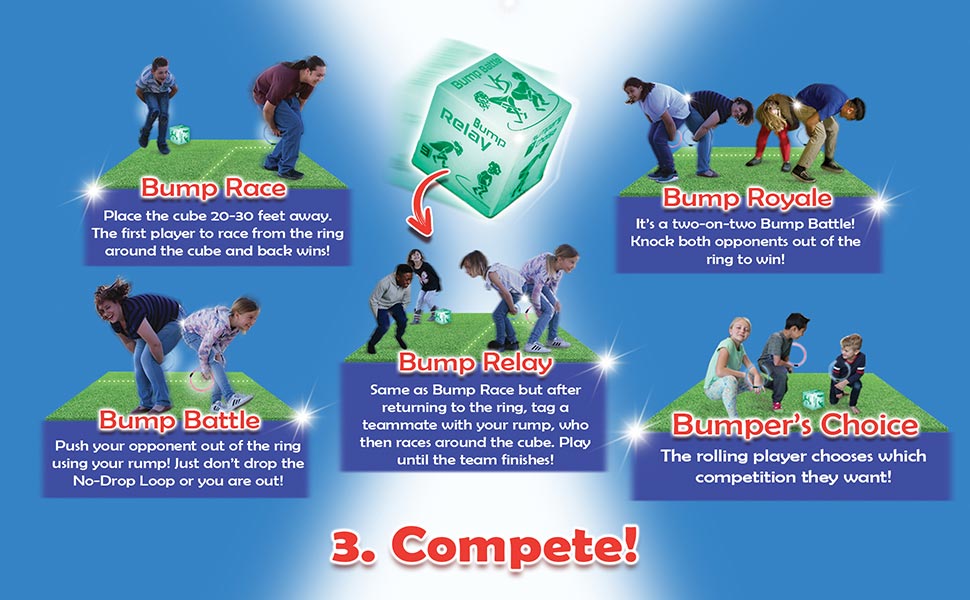 Is this for kids or adults?
It's for both!

The game was inspired by adults playing a similar game at a music festival. Huge crowds gathered around a makeshift "ring" where players battled it out with the fierceness of Roman gladiators - all with their butts.

We like the absurd inspiration for this party game. Our existing users are mostly kids and families – in fact, that's who mostly tested our current version of the game – but we also believe that will have an outrageously fun time playing as well. Whether you're holding sippy cups or a Solo cup, all you need is a sense of humor to Rump Rumble!

Are batteries included?
All batteries are included and replaceable! Lights will last approximately 12 hours, after which they can be replaced with AG13 batteries.

Where should I play the game?
You can play anywhere that you can safely run - backyards, parks, even basements. Best played outdoors using the supplied Ring Pins or indoors with shipping tape (not included).