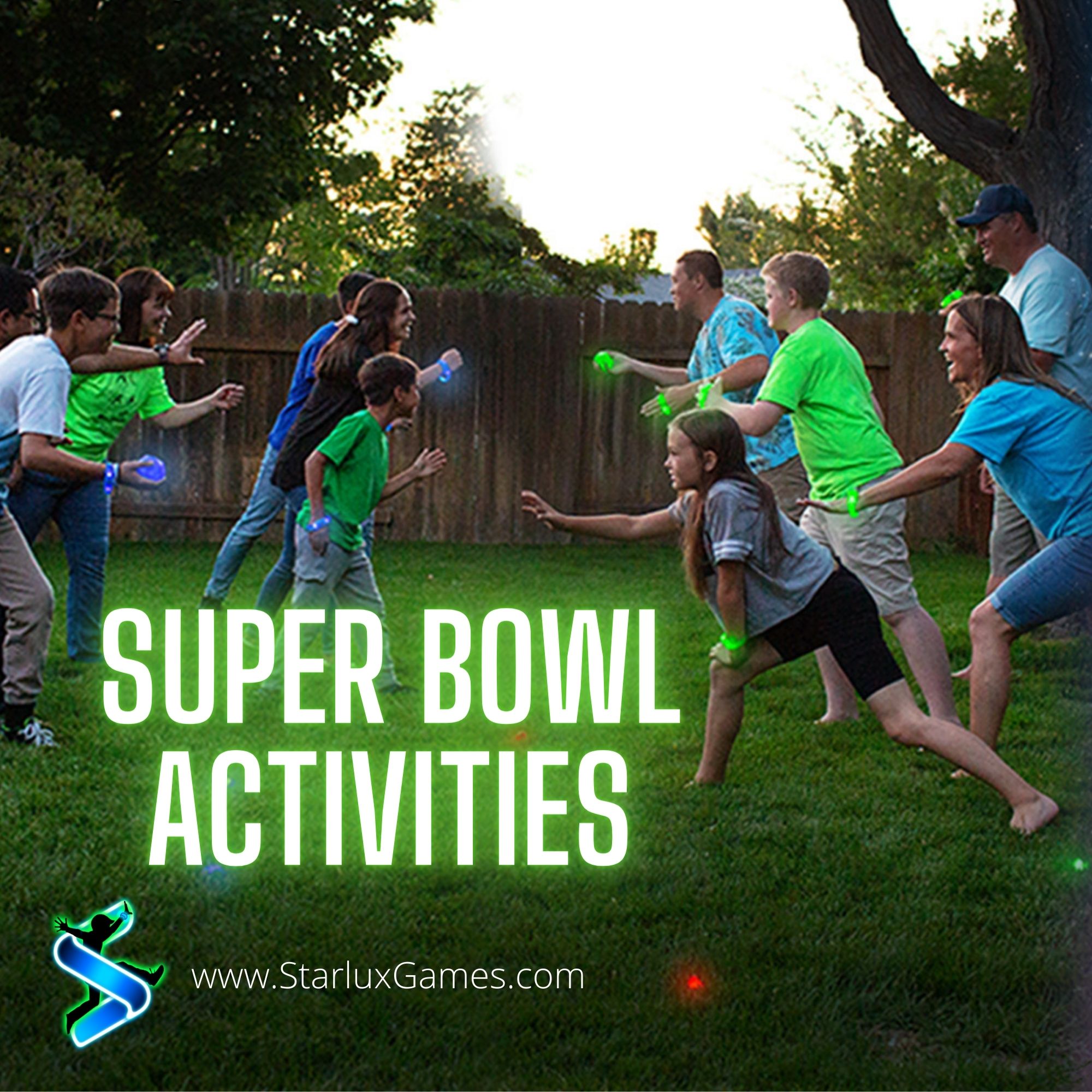 Super Bowl Sunday…it’s much more than just a game. It’s an entire day when families and friends gather to spend time together and enjoy food, football and fun. This year, your crew may be smaller than usual, but your fun can still be just as big! Whether you’re celebrating Super Bowl Sunday with just your family, or with a few friends, you are sure to win with these activities to keep the party going all day long.

Often, the time before the big game can be just as fun as the game itself. Get your crew into the spirit with some pre-game activities to get them fired up!

• Poster Station: Create an area for sign making complete with poster board and markers where they can decorate a sign for their favorite team or player.

• Face Paint: Nothing says “ultimate fan” like face paint in team colors! For an added crazy bonus, buy some colored spray-on hair paint. You just may win the trophy for host of the year.

• Football-Themed Snacks: The ingredients for success include snacks that can be shaped into something fun and football-related. Ideas include a football shaped cheese ball, a snack board shaped like a stadium, and a pan of brownies decorated to resemble a football field. Stock up on the snacks, and then let your imagination go for it!

Even if the game is a dud or your football-attention span is short, keep the excitement going during the game with these game time activities.

• Commercial Bingo: Create bingo cards that have squares with different products you think will be advertised during the game (for example: chips, beer, deodorant, soda). Then let your crew use M&Ms in team colors to mark off when an ad runs for those items. Be sure to have a small prize for the winner!

• Football Trivia: Do you know what NFL team is known as “America’s Team”? Or, what year the first Super Bowl was played? Or, which NFL team’s mascot is Sourdough Sam? Create a list of twenty football trivia questions to read during time-outs and give everyone six points for each one they get right. Then, give them extra points for bonus answers about the mascots.

• Do Your Dance: Have each family member or guest make up their own personal victory dance. Every time a team scores a touchdown, let a different person showcase their victory dance. At the end of the game, vote on who had the best winning moves.

Just because the teams are taking a break doesn’t mean the fun has to! If your crew isn’t interested in the half-time show, create your own kind of entertainment.

• Be The Show-Stoppers: Now’s your chance to shine by making up your own half-time show to perform. Choose someone to be the lead singer or singers, and then pick some background dancers. Chances are it will be way more fun than watching.

• Take it Outside: Get a break from the screen by taking your crew outside for some fresh air and fun. Starlux Games are the perfect way to get your crew outside, active and engaged. Plus, their glow-in-the-dark games are ideal to play even if the sun has gone down!

• Capture the Flag REDUX is the classic Capture the Flag game revolutionized with futuristic glow-in-the-dark lights. Split your game group into teams and watch as they break teammates out of jail, sneak into enemy territory, protect base and steal the glowing flag to win. Each game box includes two glowing orbs to use as the “flags,” color-coded LED bracelets to differentiate team members, glowing jail markers, and a rulebook.

• Glow Battle is another great halftime option that can be played indoors or out with 2 to 10 players. Players use harmless glowing batons to strategize and take down their opponents. Physical activity becomes part of the fun as players run, jump and swing at each other to win. Each game box comes with 10 weapons, 10 glowing wristbands, 8 regeneration station markers and 10 game playing cards with different game variations.

However you decide to bring the fun this Super Bowl Sunday, let these activities spark some inspiration to make it a great one! Game ON!