Family Games for a Smaller Holiday 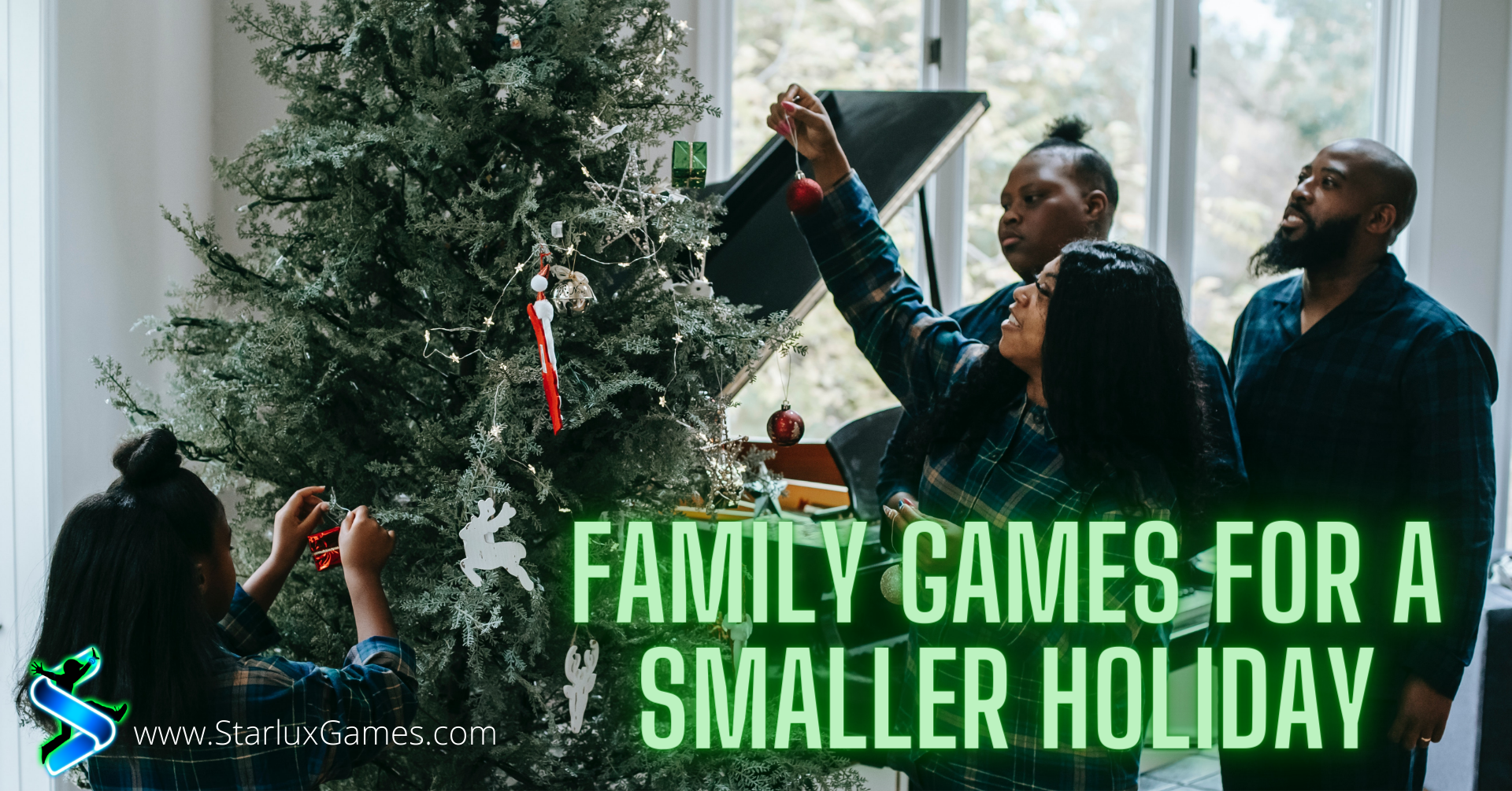 The holiday will look a little different this year, but that doesn’t mean you can’t find holiday cheer. This year, plan some special meals and fun activities so that you can make the most of the time with your loved ones. This top ten list of holiday games for every age will help make your family holiday a little merrier.

Perfect for parents and kids of almost any age, and it can be played virtually! Players are rewarded on their quick answers and sharp responses. Play your way through 300 seemingly easy topics such as “name three dog breeds” or “name three super heroes.” You may know the right answers, but when you only have five seconds to answer, players get tongue-twisted and end up with some hilarious answers. The game includes 150 two-sided cards, and a twisted timer for added fun. Find it at major retailers like Amazon and Target, or just make up your own!

We all know that when it comes to the holidays, it can turn into a virtual zoo. Here’s a chance to let your kids really go wild. Give each family member an index card and have them write down their favorite animal on one side and four numbers between one and 30 on the other side. Then, let the craziness begin. Call out random numbers between one and 30. When players hear one of the numbers that they wrote down, they have to make noises and act like their animal. The first player to hear all four of their numbers and make their animal noises is the winner. This game will leave your family “roaring” with laughter.

3. VIKINGS OF THE NORTHERN LIGHTS 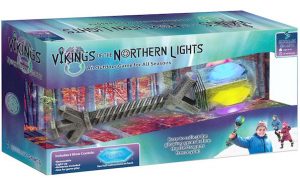 Ice Dragons have invaded the lands, and it’s up to the Vikings to drive them off by restoring the glowing gems to the medieval scepter before the ice dragons freeze-tag them all! Designed to be played in snow or sun, kids can activate their imaginations all year with this magical game. You can also use it as a dress-up accessory!

All ages work together to guard, protect and restore the scepter to its full power. Great as a gift or at any group gathering, Vikings of the Northern Lights will get your family off their screens and active.

Play outside any time of year – all pieces are waterproof and can even be used in the snow. Includes one medieval scepter, five glowing gems and all necessary batteries.

If you like to shake you thing or you just need to loosen up after this crazy year, then turn up the tunes. You can find the Just Dance game compatible with many game consoles or you can make up your own dance competition with a fun playlist of songs. Have a dance-off between parents and kids or have a family dance tournament. You can even create a silly Just Dance trophy for the winner to pass down from year to year.

This game is like charades, only one person does the guessing and the rest of their team acts out a phrase. Write down funny holiday phrases on small sheets of paper and place in a bucket. Get creative and think of group actions like “pilgrims eating turkey” or “shoppers fighting over a sweater at a sale” or “Macy’s Parade.” Then, divide your family into two teams and take turns drawing a phrase. One player from each team has to guess while the rest of their team acts out the phrase. Set a time limit and then give points for right answers guessed within that limit.

6. PROTECTORS OF THE RAINBOW 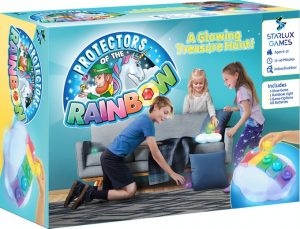 As everyone knows, Unicorns protect the skies. What people don’t know is that Leprechauns are greedy, mischievous creatures – and now they’re at it again! They’ve stolen all the colors of the rainbow and now it’s up to the Unicorns to make things right again. Plus, it can be used as a night light after a long day of play.

Kids will love the quest of searching for the hidden glowing gems and working together to find them…over and over again! Designed for kids ages 4-10, 2-7 players.

When you’re feeding an elaborate meal for the holidays, you’re sure to have some extra paper plates around to use for this game. Give each player a paper plate and tell them to put it on top of their heads. Then, give each of them a marker or pen and describe a specific holiday item or scene and have them draw it as you tell about it. You can describe a cornucopia filled with fruit or a scene where Santa comes down the chimney. Then have everyone hold them up to see who drew the best and the craziest.

During your holiday festivities, write down the names of some famous folks on blank stickers. Each player then places a sticker on their back so that they can’t see it. Then, they can ask other players only “yes or no” questions until they figure out who they are. Give everyone who figures it out a small treat or prize.