Amp Up Your Turkey Day this Thanksgiving 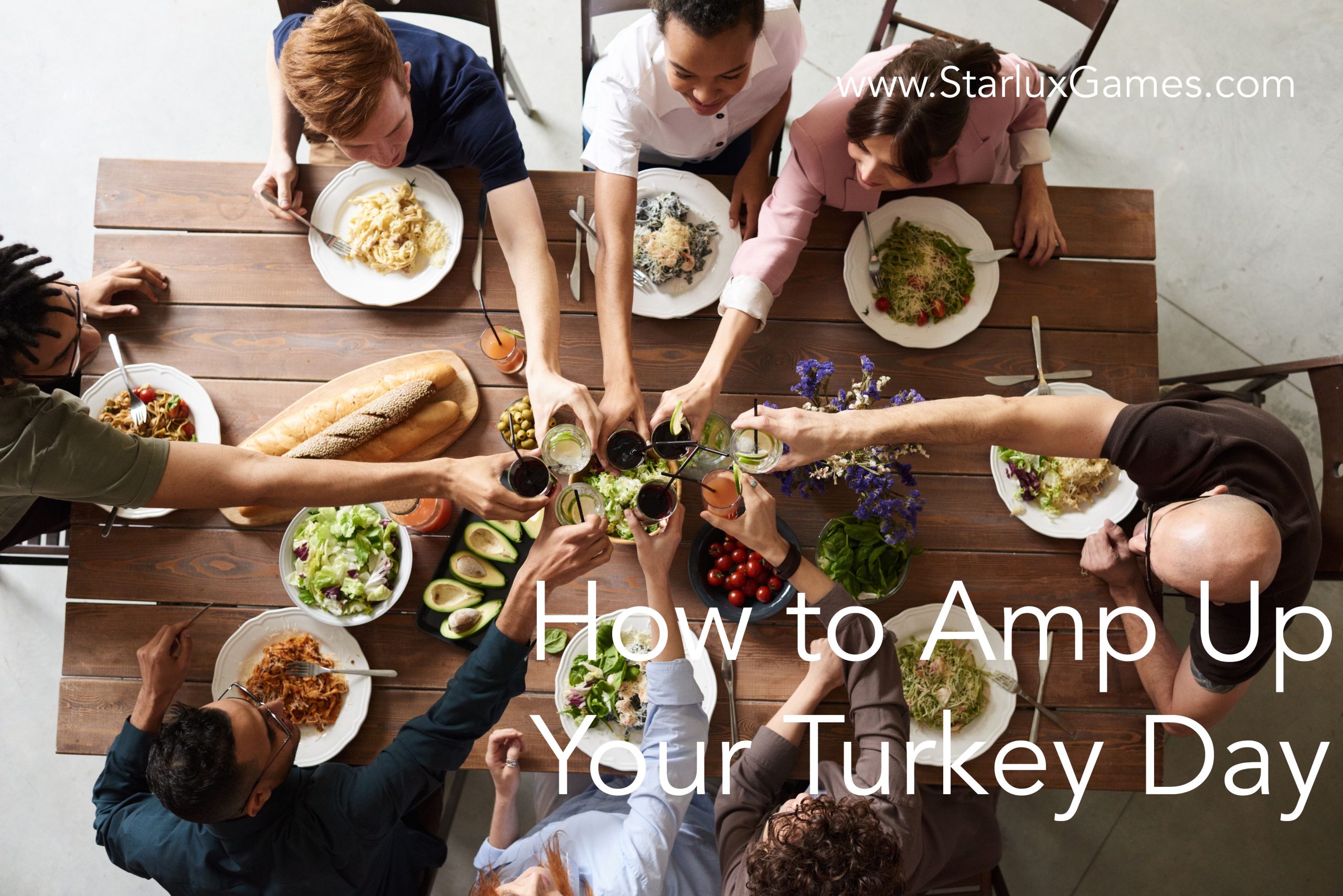 Once the turkey left-overs are wrapped in tin foil and the last piece of pumpkin pie is devoured, the cooks all breathe a sigh of relief and the real quality time together begins. If your post-meal Thanksgiving activities include a food-coma and staring blankly at a football game or a movie on the television screen while the teens all stare at their phone screens – then it’s time to add some new activities to your Turkey Day line-up. Here is the best menu for some holiday fun for every age that will help make your Thanksgiving get-togethers a little more festive. Think of it like a full-course meal of motivating and fun activities!

One of the best ideas is to rally your holiday group together for some family-friendly games that will burn off some of the calories from the Thanksgiving meal. If the weather is cooperating, head outside for a scavenger hunt in the backyard once all of the feasting is done. Be sure to incorporate some games that will appeal to all ages – from young to old. Have plenty of equipment handy for a Turkey Day Thanksgiving Tournament like single elimination games of flag football, corn hole or bocce ball. Then, let the play-offs begin, and let the winners strut their stuff.

If the sun is setting on your Thanksgiving day event, be ready with this glow-in-the-dark game. Capture the Flag REDUX is the classic game revolutionized with futuristic glow-in-the-dark lights. Grab the aunts, uncles and cousins and watch them get moving as they break teammates out of jail, sneak into enemy territory, protect base and steal the glowing flag to win. Each game box includes two glowing orbs to use as the “flags,” color-coded LED bracelets to differentiate team members, glowing jail markers, and a rulebook. As an extra bonus, each kit includes 12 game variation cards that offer even more ways to play Capture the Flag, as well as other games.

The game variations in the Capture the Flag REDUX box are like a little extra gravy on the side. You’re sure find something for every group of turkeys.

Even if the weather is questionable, it doesn’t mean you still can’t get the family up and moving after the meal. Clear some space in the family room, or the basement and have an epic Thanksgiving Glow Battle Showdown. Glow Battle can be played with anywhere from 2 to 20 players. Players use harmless glowing batons to strategize and take down their opponents. Physical activity becomes part of the fun as players run, jump and swing at each other to win. Each game box comes with 10 weapons, 10 glowing wristbands, 8 regeneration station markers and 10 game playing cards.

Just like the best part of the pie is the whipped cream, the best part about Glow Battle is that you can play it in so many different ways.

Make the most of the time you have with your family and friends this Thanksgiving. Turn off the screens and make memories with a menu full of fun activities and creative game choices. Not only will you burn off some calories, but you’ll also be building family bonds, silly stories and competitive bragging rights that will last a lifetime. Or at least last until the next holiday rolls around. Speaking of which – can someone pass the rolls?