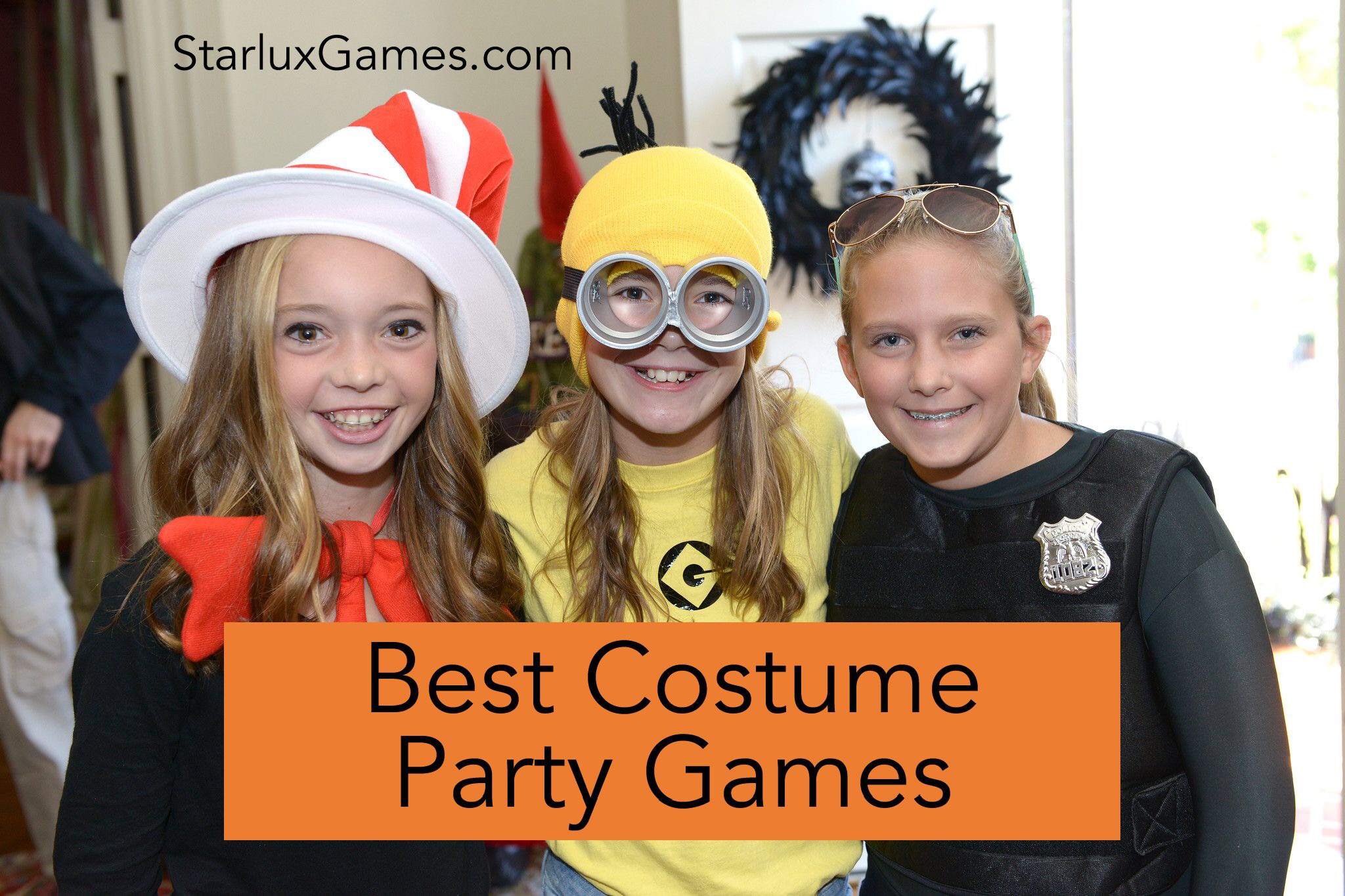 Dressing up in costumes for Halloween is definitely one of the best parts of the holiday. What other day of the year can you pretend to be anyone, or anything, that you want? Plus, kids of all ages love to dress up – including teens and adults. If you’re planning a party this Halloween, make it the best one yet by adding some frightful fun to your monster bash with these costume party games.

Of all costume party games, this might be the most classic. If you’re looking for an idea your guests will die for, host a Halloween-themed murder mystery. It’s best to make a guest list of of who you’ll be inviting first and then choose a theme that is fitting of those invitees whether it be friends, co-workers or family. You can create your own murder mystery theme or you can shop online for downloadable Halloween-themed mystery party games such as “Haunted Halloween Homicide” or “Murder at Skull Manor.” Next, choose a place to host the event. This can be as simple as your living room or backyard, or you can choose a public place such as a park or restaurant.

Once the guest list and venue are locked down, it’s time for the really fun part: Creating characters for each guest. You’ll want to assign roles beforehand so guests can arrive in character. The charming debutante, the crotchety butler, the mysterious painter – the possibilities are endless! Have some fun crafting the party invitation. It can be either digital or printed but should explain the theme, as well as their character roles and costume suggestions. Your invitations could look like a newspaper article detailing the “murder” or a police summons alerting your guests that they need to present themselves for questioning. The night of the party, give guests time to mingle and get to know the other “characters” at the party, as well as give clues. Then, the victim is announced and the investigation begins. It’s sure to be a killer costume party!

This crazy group activity combines parts of your favorite party game and Halloween trivia into one, and being dressed in costume adds an extra element of fun and silliness. Each guest writes down the name of Halloween movies, scary television shows, and spooky Halloween characters on slips of paper and puts their slips in a hat. Then, guests divide into two teams and take turns guessing the movie or character that their teammate is acting out.

The beautiful thing about Halloween Charades is that it can be whatever you want to make it. For younger party guests, you can have them act out Halloween activities like carving a pumpkin or trick or treating. For parties with teens or adults, you can choose harder characters to act out, play multiple rounds, incorporate props, or whatever you’d like to do. Once the competition between teams gets going, this game is sure to have your party guests cheering and laughing.

Take your party crew on a zombie parade through the neighborhood! Invite everyone at your party to dress like their favorite monster, creepy character or evil being before hitting the road. You can easily turn any costume into a gory zombie by splashing on some blood and adding fangs. Cowboy, cheerleader, pirate – all can be zombie-fied! You could also have some guests dress like “the living” with regular costumes then let the zombies chase them down your street. After your walk, keep your crew entertained outside with a game of zombie tag, hide and seek or a zombie version of Capture the Flag REDUX. This is the classic Capture the Flag game revolutionized with futuristic glow-in-the-dark lights. The zombie costumes will add a creepy effect as players sneak into enemy territory, protect their base, break teammates out of jail and steal the glowing flag to win.

4. MAKE YOUR OWN HORROR MOVIE

You’ve got the cast, you’ve got the costumes – why not make a frightening Halloween movie starring your party guests? You don’t need a Hollywood crew of camera and lights to make an eerie, action-packed movie. In fact, using your cell phone or camcorder can give your movie that spooky Blair Witch Project feel! Shoot some horrifying scary scenes then piece them together on a movie app like iMovie or Andromedia Video Editor. Add some creepy music or sound effects, and you just might have the next blockbuster on your hands. At the very least, it will be a fun night of craziness and creepiness. The best part is you can have a follow-up party to watch the finished product and break out the popcorn!

As your Howl-oween party creeps closer, give your party guests an option to dress like a mystical wizard or a ravenous werewolf. You may even want to have some extra costume accessories on hand like fangs or capes. Then, let your Creatures of the Night come to life with this glow-in-the-dark game! Think of it as a combination of hide and seek, tag and a scavenger hunt. Wizards & Werewolves is a pulse-pounding outdoor game that pits two mythical forces against each other. Play as a wizard and embark on a perilous journey to capture glowing magical crystals. Or bare your teeth and howl as you join the werewolves, stalking prey, guarding the crystals and hunting down wizards.

The game comes with 12 light games pieces and offers three levels of play ranging from easy-to-play for beginners to highly strategic for advanced game play. With or without a full moon, this is the perfect backyard game to play on Halloween. Werewolves howl, hide crystals and hunt wizards. Wizards, on the other hand, use their mystical powers to avoid the werewolves and destroy the dark side. Learn more here!

What other ideas do you have for costume party games? Let us know in the comments below!