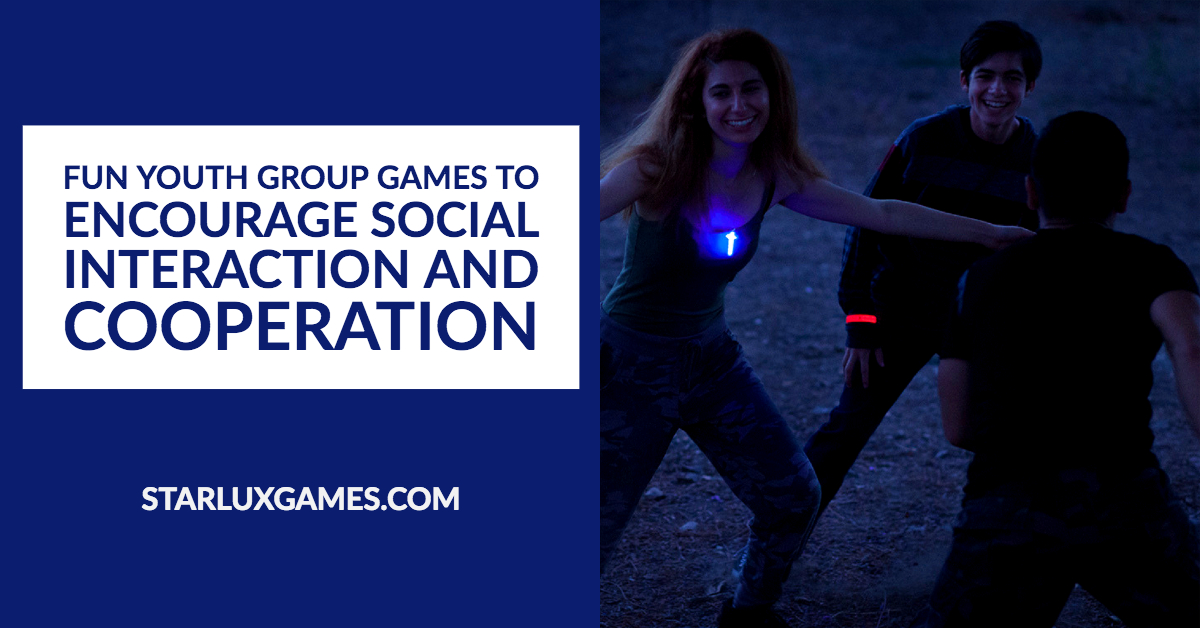 If you are or ever have been a youth group leader, then you know how important it is to have a good arsenal of games to add to your youth ministry. No junior or senior high kids want to sit and listen to straight lessons or lectures all night. Getting them up and active is not only a good way to break up the lessons, but also a great way to build community within your youth group.

Games can help youth get past some of the awkwardness, and find things that they have in common. When they start to feel more comfortable, they are more likely to share in group discussions. Since it’s somewhat of a challenge to find games that work for a variety of ages and personalities, here is a list of some simple games to get the fun started.

With a little creativity, there are many tradition active games that you can adapt to include biblical lessons. For example, your youth group can play “Christians in the Catacombs” like the game of sardines or backwards hide and seek. Explain to your group how the first Christians used to meet in the catacombs and then slowly kept increasing in numbers.

In this game, one person hides in a dark place and then the rest of the group searches for them. Once someone finds them, they join them in the hiding place until everyone is hiding except for the last player who is “it” for the next round. Or, they can play “Bible Smugglers” like sharks and minnows and you can explain to your group how some Christians risk their lives to smuggle bibles into certain countries. Give each player a glow bracelet as their bible and they must race from one end of the playing field to the other while the leaders try to catch them “smuggling” their bibles.

Another fun activity is to divide into teams of 3 to 5 people and have a Bible Scavenger Hunt. Give each group a bible, a copy of the scavenger hunt questions and a pencil. They will also need a cell phone to take pictures. Each group then teams up to figure out the answers to the scavenger hunt questions. Once they know the answers, they race to take pictures of the different items in the answers. You can find a free printable worksheet here.

When you need a game on the spot and don’t have a lot of time to prepare or gather equipment, the Tangled Chain Game is easy, simple, and so amusing. Have the entire group form a big circle and then one by one, grab a hand of someone on the other side of the circle. Then, let them weave in and out, and over and under until they are a big tangled mess of arms. Once everyone is connected, they must work together to find a way to untangle their chain. You can also divide into two groups and let the teams race to see who can untangle their group the fastest. It can be a really fun ice breaker, and encourages creative problem solving and teamwork.

Part of youth ministry is teaching them how to handle challenges and battles in life. Glow Battle is an exciting way to have healthy battles and release some of the energy and frustration that comes with being a youth. Your group can play Glow Battle anywhere that you have open space – inside in a dark room or outside after the sun goes down. The game encourages players to use strategy, and teamwork to run and take down their opponent using harmless, glowing batons. Teams are designated by different colored LED bracelets. It’s a fun way to get active and build team bonding. You can purchase Glow Battle here.

Another great team building activity that doesn’t require a lot of space or equipment is Bible Charades. Similar to regular charades, this version can be played in teams with either one person acting out bible characters while the rest of the team guesses, or a whole team acting out bible scenes while one of their teammates tries to guess. First divide the group into equal teams. Then each team writes down bible characters or scenes for the other team to act out and guess. Teams get points for the number that they guess correctly.

It’s a smart idea for youth ministry teams to have a few board games on hand that are enjoyable as well as meaningful. For example, It’s All About That Grace is a hilarious game that teaches youth the lesson that God’s grace wins every time. The game includes 60 cards with seven deadly sin cards that are nearly impossible to avoid. The good news the grace card can save you from the sin every time. And, Apples to Apples Bible Edition is always fun and so easy to play, just open the box and deal the cards. Each round is filled with crazy comparisons of people, places and things from Christian history.

When you feel like your group needs some encouragement to speak up, then Outburst-Bible Edition is the game to get them opening up. It includes entertaining and challenging bible topics such as “Animals in the Bible,” or “Names for Christ.” Players get 60 seconds to try and name as many of the key answers as possible. There are 252 topics included for hours of fun and laughter. Board games like these are available at major retailers like Walmart or Amazon.

GAMES TO PLAY AT NIGHT

Because a lot of youth groups meet after school or in the evenings, it’s good to have a number of fun glow in the dark games that you can play after the sun goes down. Youth will want to play “Grog” simply because of the name alone. Take apart a flashlight and hide the pieces all around the playing area. One person in the “Grog” or evil monster that can freeze you when they tag you. The other players have to work together to hunt down the pieces of the flashlight, put it back together and shine it on the Grog. Together they learn that the “Light” defeats evil.

A fun, glowing game for those that want to figuratively and literally want to follow the light is Save the Lost. This active Christian game involves hiding, searching, running and even sneaking up on people while teaching meaningful principles. Included in the game are 22 glowing LED games pieces and easy-to-follow illustrated instructions making it the perfect nighttime activity for all age youth groups.

Starlux Games also makes another active nighttime adventure game that is great for youth groups. Capture the Flag REDUX is the classic Capture the Flag game revolutionized with futuristic glow in the dark lights. Split your youth group into teams and watch as they break teammates out of jail, sneak into enemy territory, protect base and steal the glowing flag to win. Each game box includes two glowing orbs to use as the “flags,” color-coded LED bracelets to differentiate team members, glowing jail markers, and a rulebook. You can purchase this game here.