How to Combat Video Game Addiction 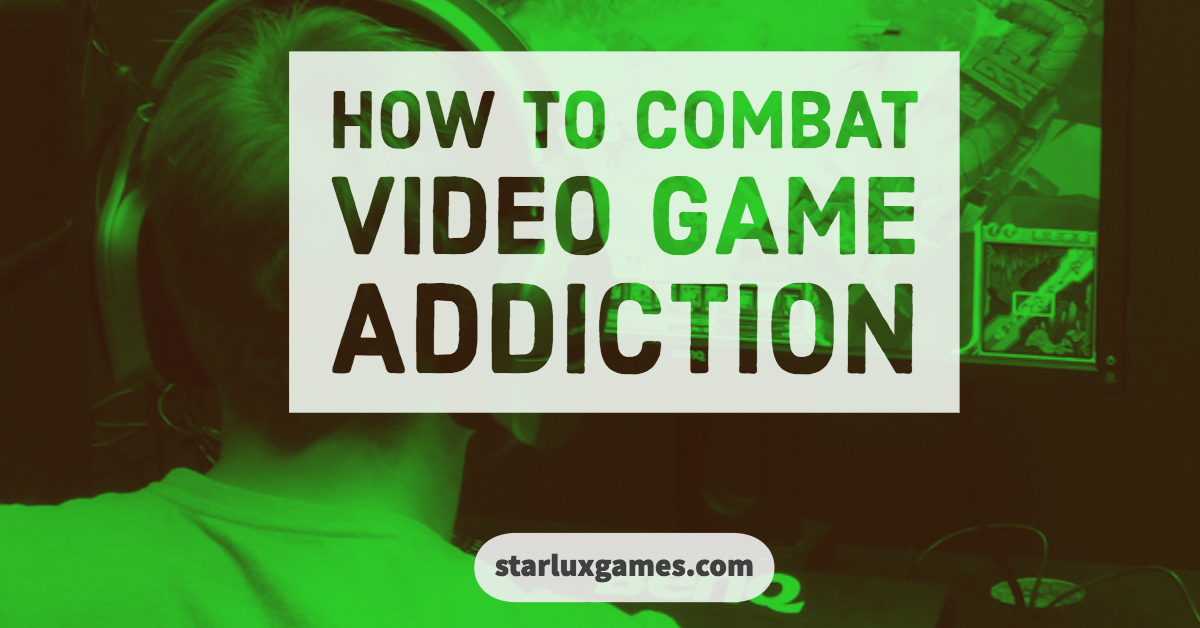 It’s real…video game addiction. Parents are struggling with their children’s addiction to many of the video games that are popular right now, so much that some are even seeking professional help. It’s hurting kids’ sleep, grades and their activity level. As a parent, it’s so hard to monitor the video game time. You can lay down the laws, you can hand out the consequences, but you can only monitor so much. As a busy parent, you are cooking dinner or helping another child with homework and before you know it, the game system has been turned on and sucking another child into its grip.

Here are some scary statistics. In the U.S., approximately 183 million people play video games on computers, consoles, tablets or phones. This includes 99% of boys under the age of 18, and 94% of girls under 18. Across the world, it equates to three billion hours a week spent playing, prompting the World Health Organization to evaluate the detrimental effects of all of this gaming. After research, WHO has classified “gaming disorder” as a real addiction, negatively affecting players’ personal, family, educational, social and occupational lives. What can you do if your child is developing a need to play so often that it is disturbing their normal life and causing them to neglect school work, friends and family, and healthy sleeping habits? These steps may be a good start to combat the onset of video game addiction.

1. Start with a conversation

The first step should be to sit down and really talk to your child. Let them know the harmful effects of too much gaming. Tell them that gaming is part-time entertainment, and not what real life success is all about. And, while gaming is fun in moderation, their families, their school work, and learning real life skills are what really matters in the long run. This will help them keep it in perspective. Spend a week or so tracking your child’s gaming time and include this in your talk. It will make both of you aware of how much time he or she is actually playing and may be a wake-up call for both of you. Then, include your child in a discussion on how you can cut that back. It will empower them to be a part of the solution.

While it’s good to include your child in the discussion on gaming, don’t forget that you’re the parent. Ultimately, you get to set the limits and make the rules for your child’s well-being. The first limit to set is on playing time. Because it’s easy to lose track of time when playing, set a kitchen timer or a timer on your phone. When the timer goes off, the game goes off. This timer acts as a buffer between you and your child so that you’re not always the bad guy. It’s important for your child to know that they can play in moderation, so choose a specific number of hours for them to play each week and then stick with it. Or, you may also want to let him or her play only on certain days, like the weekend or only after homework is done. Write these time limits down and post them on the refrigerator or near the game console so there will be no room for argument.

In addition to time limits, it’s a good idea to put boundaries on where they can play video games. If you can keep their consoles or computers in common areas like the family room, then you are on hand to monitor not only their game time, but also whether games are age appropriate. Plus, recent studies show that video game play time dramatically increases from an average of 49 minutes a day to three hours when consoles are kept in a child’s bedroom. Keep your children’s bedrooms screen free. Not only does this help limit play time, but it also contributes to better sleeping habits as screen time generates excitement and emits a “blue light” glow that stimulates their brains and suppresses the production of sleep-inducing melatonin.

4. Offer game time as a reward

One way to get your children motivated in other areas of their lives is for you to give game time as a reward. If all of their homework is done correctly or they ace a test, let them play on a school night. If they clean their room or help a sibling with a project, then give them an extra half hour. This is a great way to show them that other aspects of life take priority to gaming. And, when you have fulfilled your obligations of school work, chores, exercise, then that is the time to bust out the video games for a little entertainment.

After you’ve discussed video game limits with your children, help them find other healthy ways to have fun and occupy their time. If they love art, buy them a new sketch book or art supplies. If they show an interest in cooking, then find a cook book at the library or sign them up for a cooking class. And, it’s always good to find some entertainment that encourages physical activity like organized sports or unorganized play time. The collection of glow games at Starlux Games offer the thrill of video game strategy, but with the healthy benefits of being outside, active and socially interactive. CAPTURE THE FLAG REDUX is the classic game revolutionized for today’s generation using glow in the dark LED lights. Your children will love the glowing nighttime excitement and you will love that your kids are outdoors, unplugged and moving. GLOW BATTLE is a an active glow in the dark battle game that is way more fun than staring at a screen and a fun way to get some energy out of your kids once the sun goes down. Both are available at our online store.