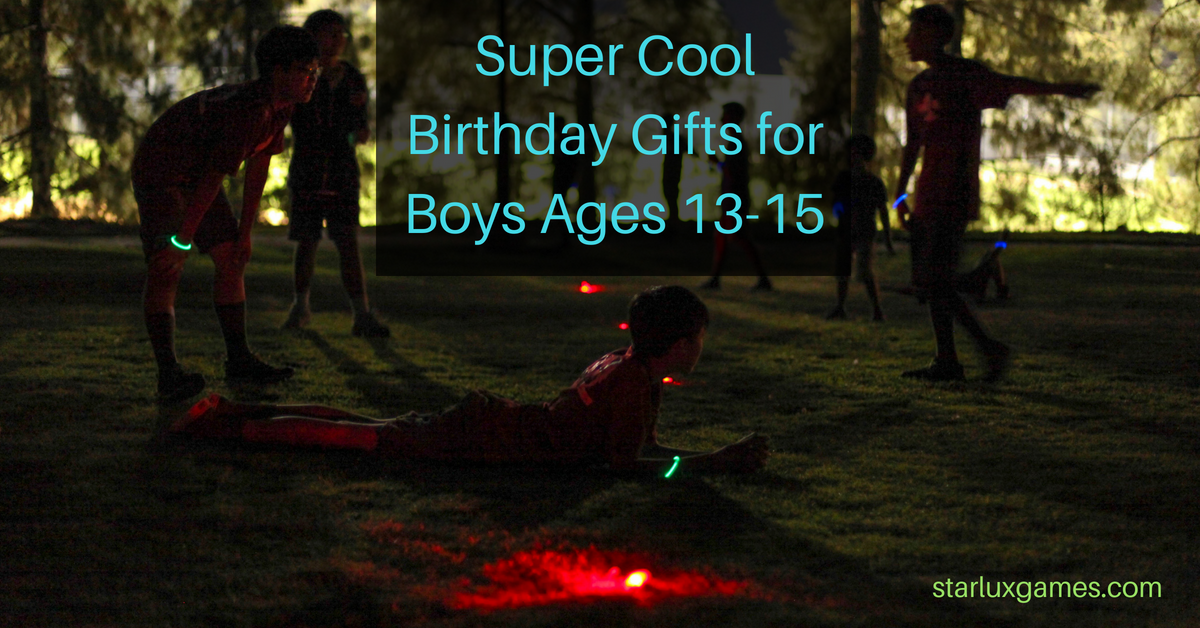 If you’ve ever shopped for birthday gifts for boys ages 13-15, then you know exactly how hard it can be! You never seem to know what they like from week to week and they grow out of clothes so quickly. You don’t want to get them video games either, because they’re already constantly attached to their screen. So, what do you get a teenage boy as a present when you’re looking for something that they’ll enjoy and you’ll feel good about, too? These birthday gifts for young teenage boys are foolproof ways to really knock it out of the park.

If your birthday boy is the adventurer type, this gift is the perfect combination of technology and activity providing him with an excuse to get off of the couch and explore the world. The GoPro HERO4 is an action camera that can mount to a helmet, be carried around on a Monopole, or mounted onto a handlebar. It features a touch display for easy use, and is simple to understand. This gift will allow him to create cinema quality videos from his own perspective and take on the world. Encourage the explorer in your teen by giving him a gift that will not only be memorable, but also allow him to create his own memories.This game is available at amazon.com.

Just about every boy has played with LEGOs at one time or another, but this set takes LEGOs to a whole new level. This set allows for him to build an intricate model of the Chicago skyline featuring the John Hancock Center, the Cloud Gate, and the Willis Tower. This is a fun way to engage the creative side of your teenager’s brain and adds a cool touch of culture to his life. The set includes easy-to-follow, step-by-step instructions. And, the best part about this gift is that when he is done with the fun of building it, he’ll have a sense of pride and his own miniature Chicago skyline. This game is available at amazon.com.

Looking for a birthday gift for boys ages 13-15 that will keep them active even after the sun goes down? Capture the Flag REDUX is the perfect choice. This game puts a new twist on the classic Capture the Flag game and features futuristic light-up gameplay pieces that keep the fun going at night. The game comes with two “flags” that are glowing orbs, LED color-coded bracelets to designate the two different teams, and light-up markers that show the boundaries and the jails. The game box also includes a rule-book, and 12 game variation cards that can be used to change the Capture the Flag game or create an entirely new game. This game is the perfect way to keep your teens active and having fun at all hours. Available for purchase here at Starlux Games.

For those teens that have a little too much energy and seem to constantly be kicking or tossing a ball around, the Hover Soccer Ball is the perfect gift. This ball lights up with LED lights that make playing in the light or the dark easy and fun. Since it easily floats across any surfaces, the hover soccer ball is suitable for indoor play as well. The foam edges on the ball make it the perfect gift for parents too, since they don’t have to worry about balls banging into tables or chairs anymore. It even comes with two easy to setup goals so that you can play anywhere at anytime.This game is available at amazon.com.

Kids this age are just starting to find their own voice through music, and there’s no better way to encourage kids to keep exploring different kinds of music than with the gift of a wireless speaker. Bluetooth speakers come in all sorts of shapes and sizes, and you can even find waterproof ones that are suitable for pool parties. Teens won’t be “plugged out” with their headphones in, but rather encouraged to share their music by playing it out loud. Some wireless speakers can really break the bank, but there are others like the Divoom Voombox Wireless Speaker which end up being a much more reasonable price while still delivering stereo quality sound. This speaker comes with a rechargeable battery that is good for 12 hours of play-time and is splash resistant. This game is available at amazon.com.

Boys this age have become enamored with movies (Star Wars) and comic books about superheroes and warriors doing battle, and this is the perfect gift to help them feel like they can be a part of the action. In this intense glowing game, players wield light-up, harmless, glowing sabers which are used to attack the opponent, defend yourself, and win the match. This game involves strategizing with your team in order to thwart your foes, maintaining your position, and leading your squad to victory. The game comes with light-up bracelets that serve as the target and a way to distinguish teams and the glowing sabers. Hit your opponent’s bracelet once and they have to go back to their home base to recharge. Hit their bracelet twice and they’re out of the game. Join the 426 Kickstarter backers in this exciting new game that allows for any teen to feel like he’s in an action movie. Available here at Starlux Games.

Looking for a fun board or card game to get your teens for their birthday? Look no further than Goat Lords, the hilarious and competitive new card game that pits players against each other in the attempt to build the best herd possible. Draw cards, try to steal goats from other players, and draw insane action cards to win and become the official Lord of the Goats. Goat Lords is the ideal strategic card game requiring quick thinking to build your herd to be as large as possible. This game is a great way to not only keep your teens away from the screen, but is also a great party game for all ages. It allows for other friends or family members to join in. This game is available at amazon.com.