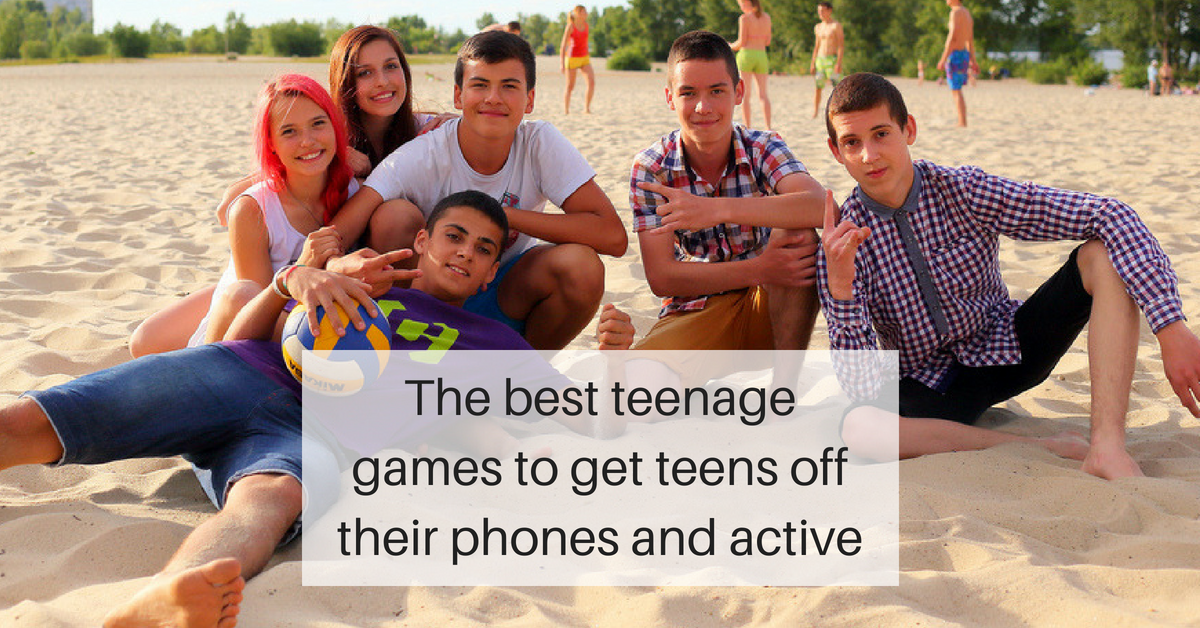 Getting your half-grown kids involved in some cool teenage games can turn a bored teen into a fired up youngster ready to run through a wall! It’s said that if one is bored, then one may simply be boring. So it’s time to break up the monotony of fun-suffocating sofas and cut the cord to every screen in the house.

We are gonna share some teenage games that will get even the most sluggish youth back into the physical world of sweat and fun. If they get tired, and they will, research shows that fatigue never killed anyone, more or less.

Sloth, on the other hand, kills folks daily.

The first game we will look at for teens is golf. There are many options here. They can play with friends, a school team, or even with their parents (what a novel idea!). Golf can be played at decent prices during weekdays so as not to break the bank. And you can snatch a set of brand new clubs for under $200 on Amazon. Also check thrift stores or afternoon yard sales where sellers are willing to get rid of clutter including a nice set of clubs for under $50.

Other options include driving ranges or even mini-golf. Your teen won’t burn many calories on a miniature course. But it’s better than 12 hours of sleep followed by lounging for 12 more indoors.

Besides being physically unhealthy, there are many studies showing the mental issues caused by too much time alone. Consider that the next time you notice your kid has been gaming for two days straight and barely spoken to anyone!

On to the next game that will make summer super instead of a sleep fest. Many of you guys will be headed to the beach soon. Make sure to take advantage of the volleyball nets on every beach in America. You do want to rest up while on vacation. But there is always time for some friendly volleyball. With a glowing volleyball (available at amazon) you can even play at night to avoid the 100-degree July/August temps.

If you are doing staycations then how about some disc golf? You and your teens can play this game at local parks and recreation areas. Get a set of discs and head out for hours of fun that may even lead to, gasp, conversations with your kids as you play! Ever notice how easy it is to talk to people while engaged in any activity that involves movement?

And if you have a huge yard you can even set up your own disc golf basket. Hey, you can even take it on a camping trip!

What if your teen wants more adventure than golf and volleyball? Then turn them into a ninja. No sword needed. American Ninja Warrior is one of the weirdest TV shows ever. But watch ten minutes, and you’ll see some of the fittest athletes in the world. Your kid can take part even if they are not destined for prime time TV. See a list of ninja events and obstacle courses here that will turn a couch potato into a shredded athlete in no time.

Not every teen wants to become a ninja with the grip power of a gorilla. For more laid back teenage games turn your kid onto fishing tournaments. Beginners luck is powerful so you and your teen could actually win some prizes in local Bassmaster tourneys. Fishing is one of the most relaxing activities known to man. And one of the most enjoyable. I happen to be the most pathetic fisherman in this hemisphere, yet I still love being on the lake.

We can’t leave out an oldie but a goodie. Capture the Flag has been around for ages. There’s good reason. It’s more fun than noodling a catfish in a muddy river! Or for you clean freaks, it’s better than a pool party where someone else does all the grilling. With our glow in the dark version of Capture the Flag, games don’t have to stall out at sunset. We keep the fun rolling with our glow in the dark style game.

Ok, let’s say your teen could use more focus. Or maybe they are really anxious. Then they could use a game that forces them to concentrate. Archery is the ticket to getting them out of their own heads and into a sport that requires supreme focus. This sport helps to forget about the world for a while since you can’t hit the bullseye if you’re thinking about how much you hate high school.

In the old days, we all had an escape from the world. Some kind of release. Now we never get a break from it. With archery, you can give your kid freedom from 24-hr bad news, unnecessary notifications from attention seeking apps, and the pressure of being a kid trying to fit in online and off.

We are sure one or more of the teenage games noted above will make summertime better for your family. Or even wintertime. No time is a bad time to get outside and live a fuller life. Facebook and Snapchat would love to keep our children locked inside their digital worlds. That’s how they pile up money from advertisers.

But our kids deserve a bigger world. A better one. A world full of outdoor games that produce solid interaction with other humans.

* The image used for this blog post is by Vladimir Pustovit can be found here on Flickr.