Fun Games for Kids That Fire Up Their Brains 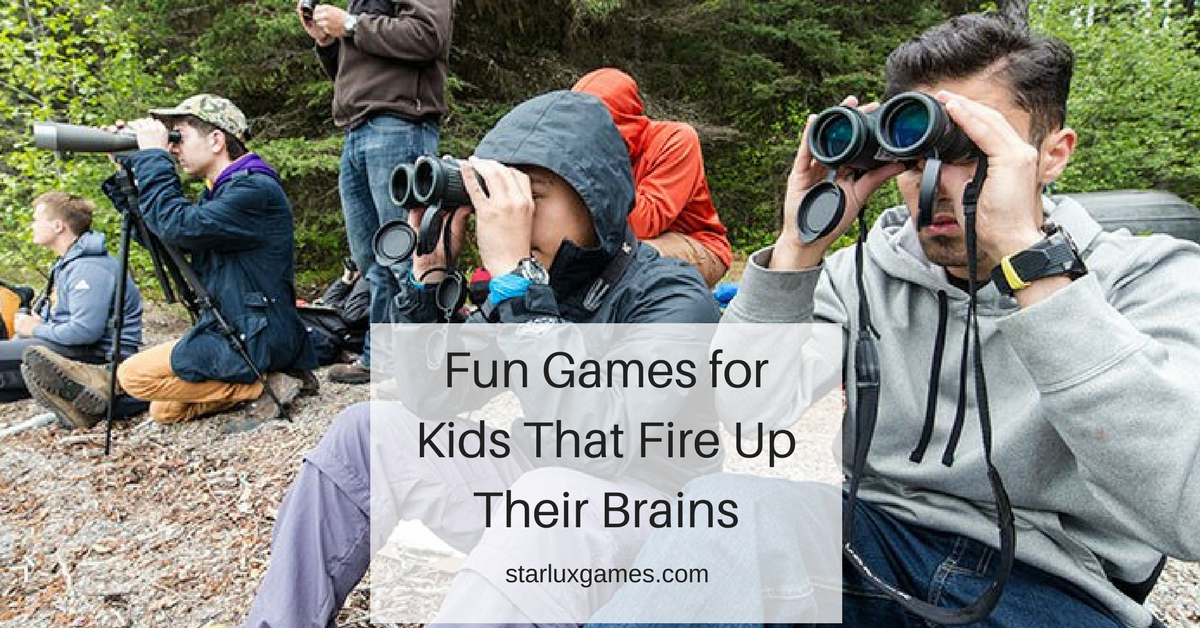 There are many fun games for kids that will also help them develop skills they’ll need in the real world someday. There’s nothing wrong with games that simply entertain, but we should also give our children fun ways to learn about teamwork, use critical thinking, and improve their fitness. These types of games need to be played early and often.

We admit video games can teach kids some skills. It takes patience and serious smarts to beat the newest version of God of War.  But these digital games can also create lazy habits. Not too many careers involve using only two thumbs, a 5-gallon pail of Mountain Dew, and a headset in the real world!

So we dug up several games that are worthy of your kid’s time. Not only are these games fun, but they are also helpful in helping them develop important skills for the real world. Why? Because the real world can be tough and it won’t ease up to meet weak people where they are. Kids must become more powerful in order to meet the world as it is…. not a friendly place sometimes.

Remote control cars are some of my best memories as a kid. Controlling a physical vehicle while trying to win a race against your buddies requires laser focus. You can’t hit the pause button like on Mario Kart. No relaxing until dad waves the checkered flag. Focus is a skill that is in big demand today as people can barely read a paragraph in a book before checking Instagram.

Want a more relaxing game? I used to think bird watching was for the birds, or for people with nothing better to do. That’s until I started noticing all the amazing varieties of birds around me. We all think about alien life forms being found, but ignore the mysterious winged animals right here on Earth! Birding can be turned into a competition to see which team can spot the most birds on a camping or hiking trip. It’s educational and creates a buzz when a rare bird is spotted. The free concerts that birds put on for the group of kids is a nice bonus.

Selling Girl Scout Cookies isn’t necessarily on any list of fun games for kids. But this activity can show a young person how to make a living in the real world. Selling cookies is easier than selling cars or houses of course. If I owned a car dealership though, I would hire the kid who sold more cookies than anyone else in their county for five straight years. Sales is a skill that can be used in any walk of life whether a teenager starts a lawn service, dog walking business, or gets a retail job at American Eagle.

How about good clean fun! Garbage Guy is a game that kids can use to clean up part of their community. Litter is a big problem at lakes, rivers, and city parks. Just turn the cleanups into games. Divide a group of kids into two teams and the team that gathers the most trash in the time limit wins a prize. This game burns calories and creates a sense of pride in a job well done. I’m certain that motivated teens can get a park cleaned up ten times faster than most city workers I have run across.

It takes a lot of teamwork to win a photo scavenger hunt. This is one of those fun games for kids where each team member has to pull his and her own weight in order to complete the list of items. And since kids love to do the selfie thing, they can get a bonus for taking a selfie with the item on the scavenger hunt list. Obviously, they don’t want to take a picture beside a dangerous critter like a snake… or even a skunk!

Keep it Real is the gamification of local problems that teenagers can be challenged to solve. A church group or Scout group can be tasked with helping elderly people get out of the house more. Or the groups could try to figure out a way to use all the wasted food from restaurants each day. This type game can be the most rewarding for everyone involved. Doing good has its natural rewards. However, there is nothing wrong with trophies or cash prizes for teams that fix local problems.

Escape rooms have taken off in the past couple of years and we love escaping the indoors. Big corporations are sending their employees to these puzzle rooms to help them unwind and find new ways to work as an effective team. Most youngsters love puzzles, especially ones that are large in scope. These rooms can be set up in various ways involving codes, locks, mystery guests, etc. This game is played mostly indoors but could be adapted to an outdoor area with some creativity. Using a cabin in the woods is a good way to challenge kids to escape the indoors in order to get to the swimming or fishing hole right after. Your kids will be working for a company someday or running their own business. Knowing how to solve problems will be part of either one.

If you have any games that you use to challenge your children, let us know in the comments. We know you parents have your own fun games for kids that help build their brains and make them more able to stand up to the real world.

The featured image used in this post was taken by Jacob W. Frank for the National Park Service and can be found here.