How to Throw a Fantastic Laser Tag Birthday Party 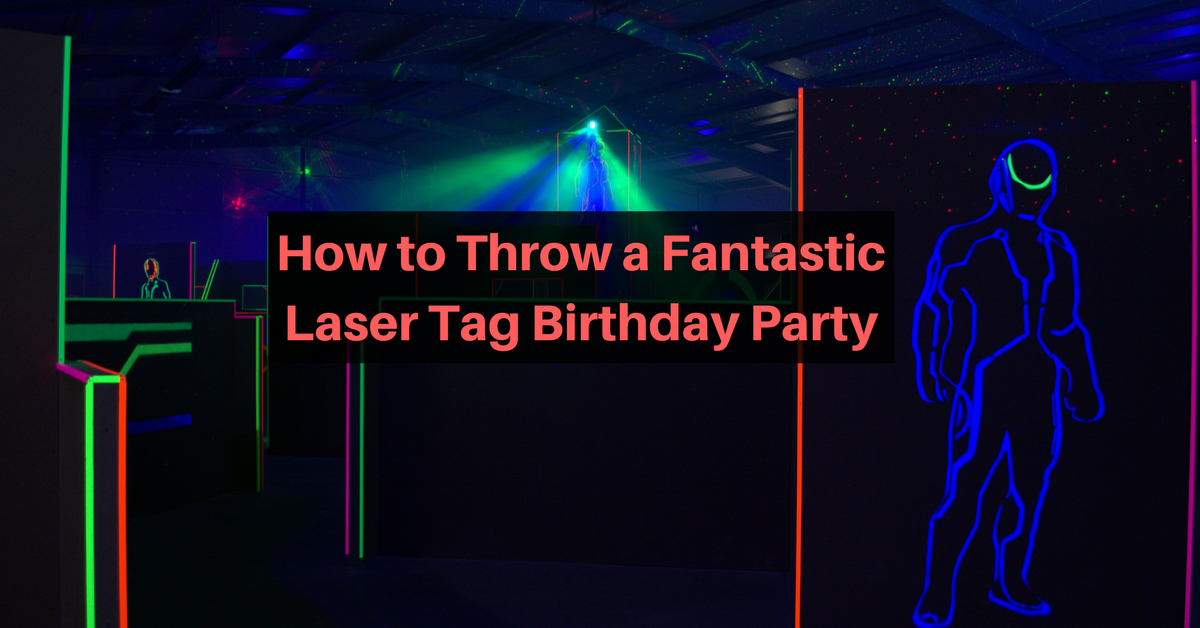 Throwing a laser tag birthday party is one of the best presents you can give a child. Come to think of it, teens and adults love playing it too! Laser tag is one of those games that gets all the guests involved and might even overshadow the cake and gifts.

Laser tag has been around for a while. To be exact, the U.S. Army started using laser tag for training way back in the late 1970s. Then the fun began as the first arena was built for playing the game commercially in 1984.

If you don’t know much about laser tag, here are the basics. Teams wear sensors and use “laser” weapons that shoot infrared beams (not real lasers). Once a player is hit, a sensor registers that hit and the player who made the shot gets a point. Nothing like a little friendly competition to make a birthday party exciting.

The main thing is to keep your party guests entertained while playing laser tag. Don’t let the kids just go nuts with no rules. Rules don’t hinder games – they make games more fun by adding a structure. If you’re playing at a facility then rules are likely posted.

But if you are using your own laser tag equipment elsewhere, then you can decide the rules. The main game’s concept is tallying up points on each team after a time limit ends. The team with the most hits wins. Simple.

You don’t have to use the basic game scoring concept the entire time though. Be sure to add these variations to keep the game fresh for your laser tag birthday party.

No matter what variation is played, there is one rule to install if you see the need. No player can simply follow a rival team member pulling the trigger over and over regardless of the hits they take in the process. This is usually a problem with super young participants who don’t understand how this could ruin the fun.

Even in a small town, you can find a good spot for your party. There are plenty of places to play laser tag. The industry has been growing steadily for the past five years, with over 1,150 businesses in the mix. You can choose a commercial indoor facility or your own local outdoor location. Here are the pros and cons of each.

Whether you set your kid’s birthday party up indoors or out, it can’t hurt to add some role-playing to the party. A trip to the theme section of your local party store should help you get the kids in the mood for a Star Wars or Marvel Comics laser tag battle.

As a parent, the best gift you can give your child on their birthday is a fantastic experience. The toys and gifts will fade with time. But years down the line, they will always remember the laser tag birthday party where they laughed and ran wild with their buddies on their favorite day of the year.