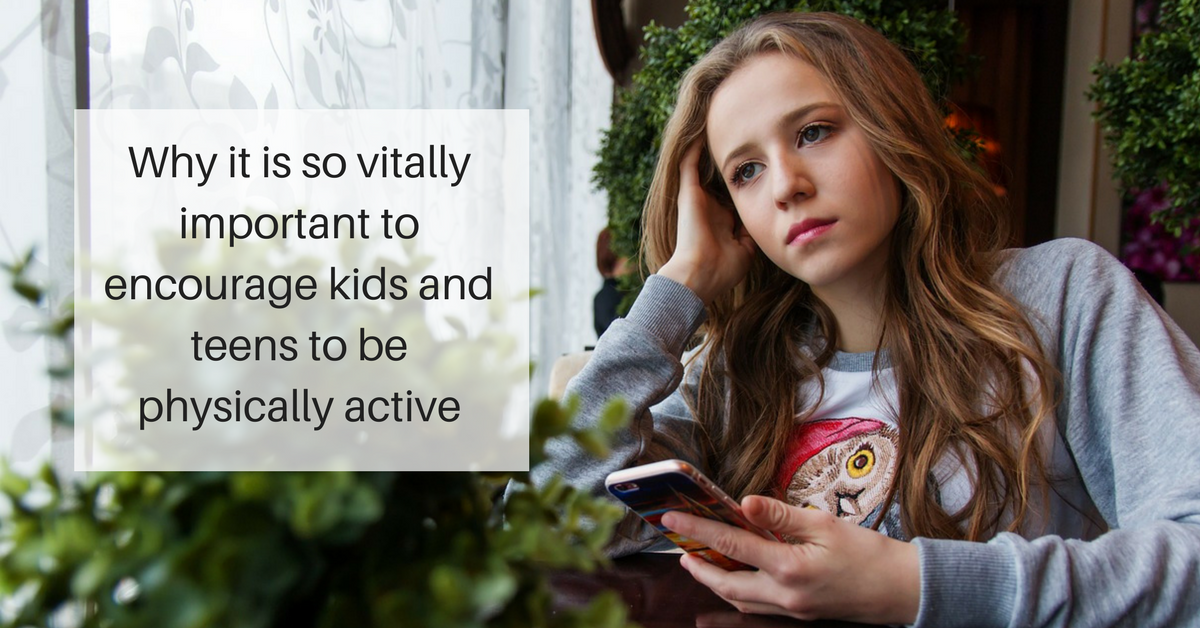 Kids and teens are more sedentary today than at any time in history thanks to computer games, smartphones and the Internet. This inactive lifestyle is leading to physical and mental problems. We’d like to share some problems you can help prevent by encouraging people, especially kids and teens, to go outside and do something physically active.

Because yes, that’s what teens become when they’re on their phones, zombie walking through the halls of the school where I used to teach. Even hanging out as a group, just watch and see how many of them are on their phones vs. how many are talking to each other, making eye contact. Even 52% of teens themselves admit to being addicted to their phone (read the full article here). Get these zombies a cure. Whether through fun outdoor games, sports, arts, whatever it takes, help the zombies help themselves!

Time Magazine published findings that “19 year olds spent as much time being inactive and sedentary as 60 year olds.” Those in their sixties have medical issues and chronic diseases slowing them down. Those in their teens – what excuse do they have? The glowing lights of technology. Let’s use those glowing lights of technology in our favor with fun glow in the dark outdoor games that encourage kids and teens to actually go outside and play!

Am I for real? Actually, yes. People, especially teenagers, are much less likely to resort to drinking when they feel like they are included in a community. This study reports, “If the community was supportive, and adolescents perceived that the adults in their community cared about them and worked hard to provide activities for them, if they felt safe in their community, they drank a lot less.” What is a better way of creating a sense of community than by organizing shared activities together? They don’t have to all involve thwacking each other with foam glow in the dark game toy weapons, but that is one really fun way to do it.

The bottom line is this current inactive lifestyle that our kids and teens are living is very unhealthy, both physically and mentally. Please encourage our youth to go outside and play with their friends with games and sports that require physical activity.  If you read our blog, we have many articles on fun outdoor games for children, teens, and adults to play and be physically active.

SEE ALL GAMES
Tags: get kids active, get teens active