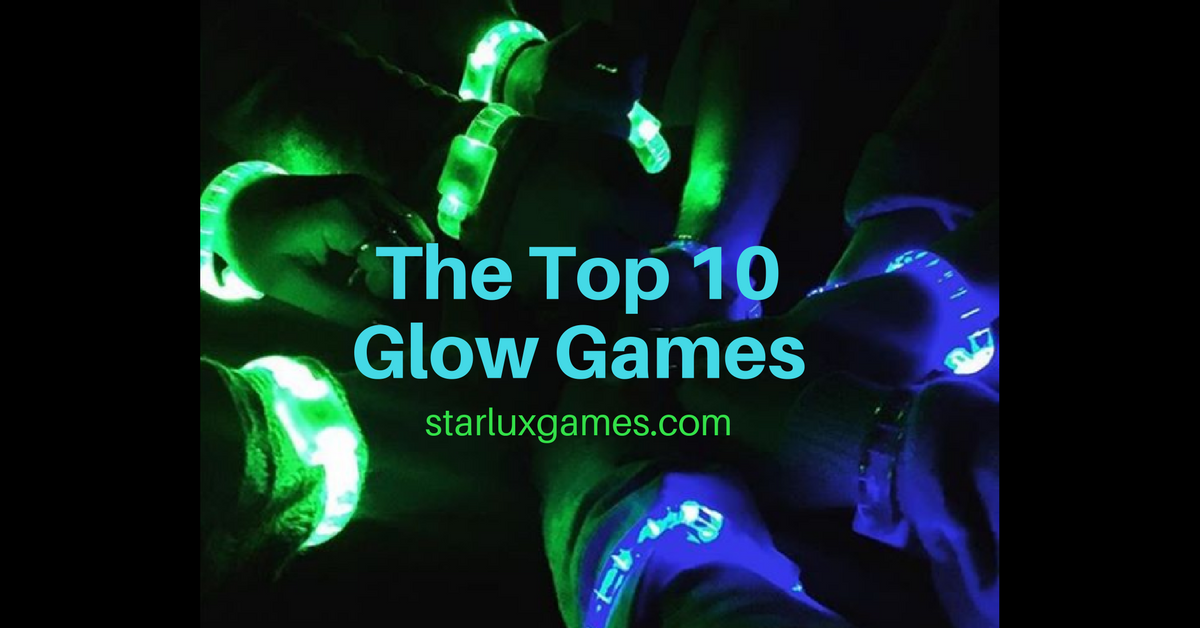 Most days it seems that kids’ main purpose in life is to have fun, and parents’ main purpose is to keep them active. The good news for both kids and parents is that fun and activity can go hand-in-hand and they don’t have to stop when the sun goes down. Glow in the dark games are a brilliant new way to extend a fun day and stay active into the night. Check out these top glow in the dark games for 2018.

1. Tangle NightBall Glow in the Dark Light Up LED Football: When you really want to have a ball, but it’s already dark out, you need the NightBall Football by Tangle Creations. The large size and matrix design of this ball make it easy for small hands to throw and catch. The LED motion activated technology makes it light up on impact and during movement, so you won’t loose track of it even in the dark. The more motion, the brighter it illuminates. Kick it off and light up the night. Available for purchase at amazon.

2. Glowing Treasure Hunt: Treasure is more fun to hunt when it’s dark out. Activate a bundle of glow sticks and hide them in the darkness for an exciting night of treasure hunting. When the hunt is over, award glow-in-the-dark prizes to the winner of each category such as the most glow sticks found, the most of one color found, the last glow stick found, or whatever categories that you determine. This glow game is fun for all ages and can even be played in teams of two or three.

3. Capture the Flag REDUX:  It’s the classic Capture the Flag game revolutionized with futuristic glow-in-the-dark lights. Break friends out of jail, sneak into enemy territory, protect your base and steal the glowing flag to win. Each game box includes two glowing orbs to use as the “flags,” color-coded LED bracelets to differentiate team members, glowing jail markers, and a rule-book. As an extra bonus, each kit includes 12 game variation cards that provide you with new ways to play Capture the Flag, as well as other games. It’s a great way to bring people of all ages together – kids, teens, even normally boring adults.

5. Light Up LED Ring Toss Game – by GlowCity: This LED glow-in-the-dark ring toss game is right on target. The game set includes four fiber optic LED throwing rings (two red and two blue), along with two LED green target stakes. Once the 360 degree LED stakes are placed in the ground, they create an amazing glowing target that illuminates the ground around them. Great for parities and family get-togethers, this game is fun for all ages since you can determine the throwing distance. You can purchase this ring toss game at amazon.

6. Glow in the Dark Water Balloon Fight: What’s not to love when you combine water balloons and glow sticks for wet and wild glow games? Purchase a supply of mini glow sticks and some large water balloons. Then, activate the glow sticks and insert one into each balloon. Fill the balloons with water, tie and prepare for fun. Pick partners and throw them back and forth while trying not to drop them, or you can divide into teams and soak the opponents.

7. Moonlight Corn Hole: Keep the party going late into the night with light up options on a favorite outdoor beanbag game… Corn Hole. You can either make your own glowing boards, by adding LED strips or lights to your current Corn Hole game or you can purchase light kits at https://www.proglowsports.com/products/glow-hole-lights. These bright LED lights come in a variety of colors and are easy to install. This site also includes a variety of light-up corn hole beanbags to accompany your glowing boards.

8. Glow Obstacle Course: Create a glow-in-the-dark obstacle course with rope lights and neon-painted cones that all ages will love. Use your imagination to design a course that is exciting, as well as safe and challenging. You can add glow to just about anything in your course including hula-hoops, pool noodles and balls. Add some twists and turns to keep it fun and use a stopwatch to see how fast they can complete the course.

9. Glow Battle: Light up the night and face down your friends with this active game of light-up swords and thrilling strategy. Each kit comes with glowing regeneration station markers, blue and green glow wristbands and glowing batons of light for an epic nighttime of fun. Glow Battle’s game pieces are easy to set up and fun to use – but also require teamwork and strategy. Buy Glow Battle here.

10. Glow Bowling: Lawn bowling is even cooler when it’s played at night. Simply insert glow sticks into recycled water bottles or two-liter soda bottles to make pins. Then, create lanes out of long connected glow sticks or LED rope lights and set nine pins up at the end. Either use a bright colored ball or a ball painted with glow paint to knock the pins down.

Other Great Glow Games include:

• If you love music…Light Up Limbo… using a pole wrapped with battery powered lights.

• If you have a pool, here are some great glow in the dark swimming pool games.

• If you have a volleyball net…Glow Volleyball… add glow paint to your volleyball and rope lights or glow sticks to the edges of the net.

• If you love strategy…Tic Tac Glow… like Tic Tac Toe on the lawn but using two straight glow sticks to make the Xs and a connector to make the Os.