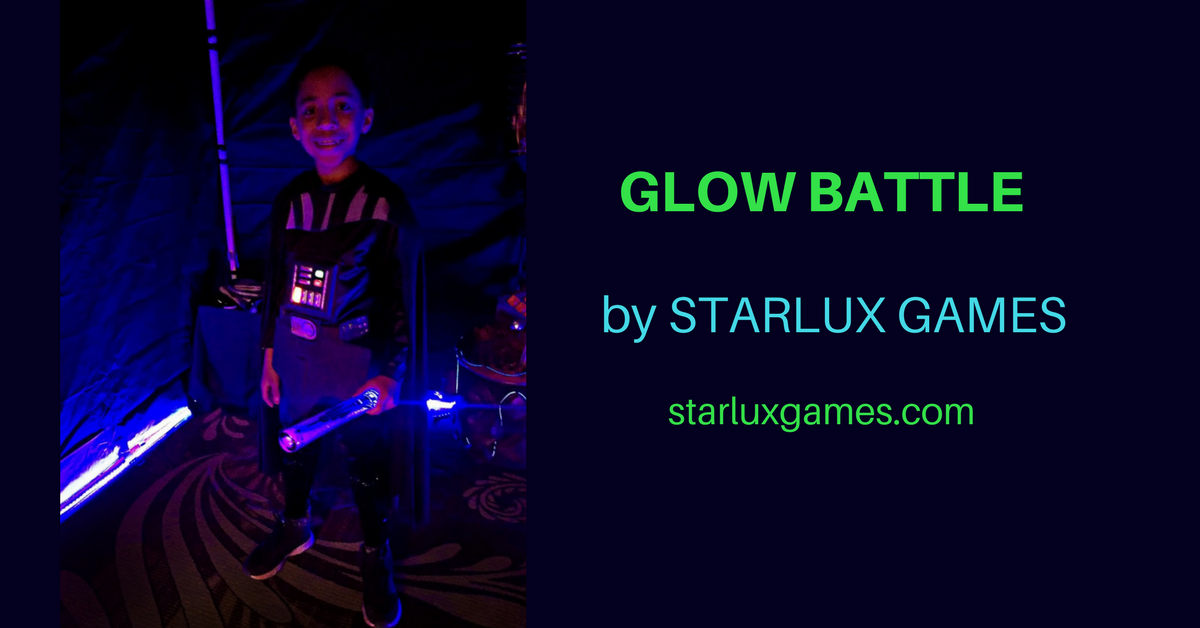 We at Starlux Games and thrilled to announce our fun new glow in the dark action game for kids and teens “GLOW BATTLE” just got another fantastic review, this time from Katrina at the popular blog for mothers, “Outnumbered 3 to 1.”

Here’s what Katrina had to say about GLOW BATTLE:

“Oh how I wish I had this game back in my childhood for my brother and I to play. This is exactly the type of game we would have loved!

Even the Husband and I like to get in on this game and wack each other! This will be especially great in the backyard once summer arrives for us to get together with other families and watch the kids play at twilight!

This is not one of those games that you buy and they play once then it just takes up space in the house. Instead this is a unique game where they finally get to hit each other and get all their energy out so they will want to play it time and time again! Would be especially great for parties and sleepovers! The girls have declared Glow Battle “awesome and the coolest game ever.” The friends they have played this with think it is awesome and we are now the “cool house” to hang out at.”

Click here to read the full review of GLOW BATTLE by Katrina at Outnumbered 3 to 1.