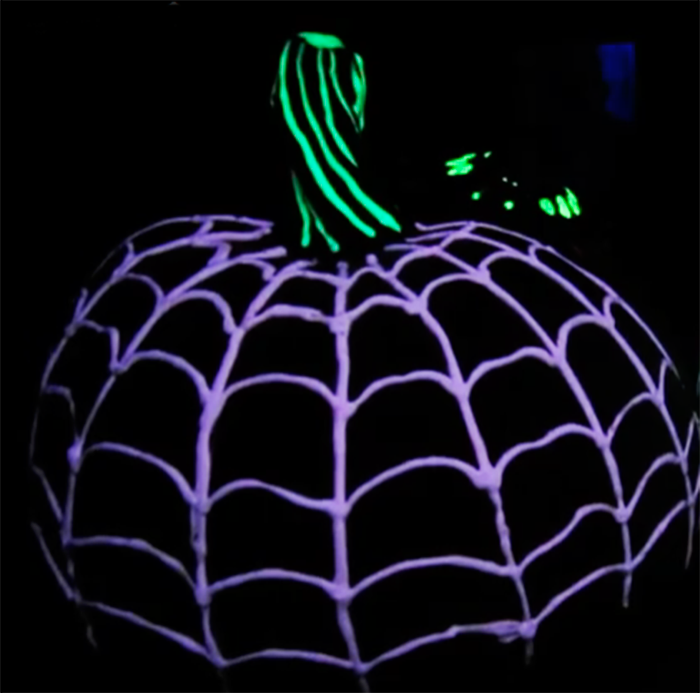 We thought it would be fun to showcase a few glowing decorative pumpkins from around the web. Everyone loves to carve a decorative pumpkin, but you can also create some really creative and beautiful pumpkins that glow! No need for fire or a mess! Just buy some glow in the dark paint and use your imagination.

Here’s a fun DIY video for this Initial Pumpkin.